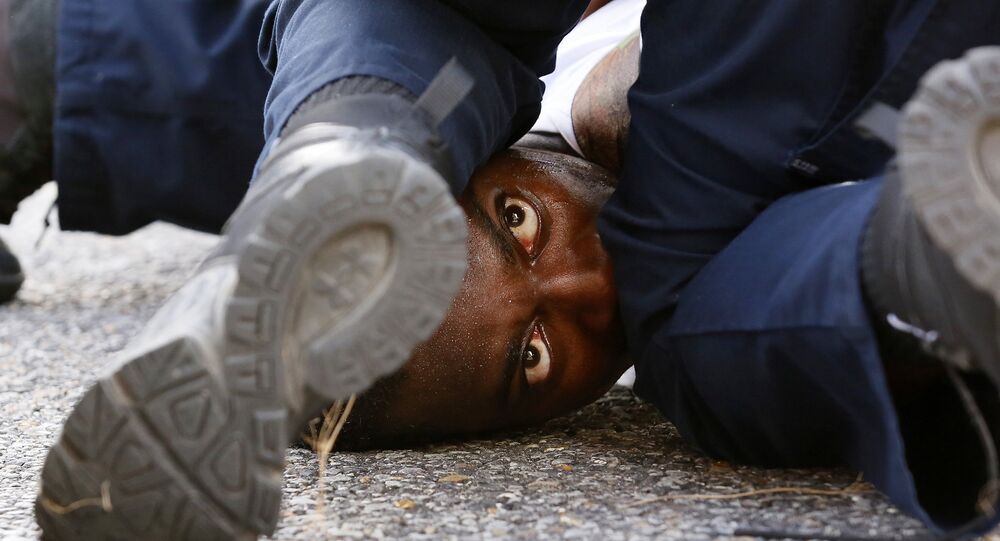 WASHINGTON (Sputnik) - A decision by the US state of Louisiana not to file criminal charges against two police officers involved in the fatal 2016 shooting of a black man reflects nationwide failure to hold law enforcement responsible for police brutality, the American Civil Liberties Union (ACLU) said in a press release on Tuesday.

"Alton Sterling was shot to death by two Baton Rouge police officers who were on top of him as he lay on the ground," ACLU Louisiana Executive Director Jane Johnson said in the release. "His death is yet another example of police brutality against people of color and our country’s systemic failure to hold law enforcement accountable for that brutality."

Earlier on Tuesday, Louisiana Attorney General Jeff Landry announced that criminal charges would not be filed against the officers involved in the incident.

Conflicting witness accounts of whether Sterling had a gun marred the subsequent investigation, which video evidence failed to clarify, according to published reports.

The ACLU release claimed that Sterling was the 122nd black person killed by US law enforcement in 2016.

Is Capitalism to Blame for America's Police Brutality Problem?