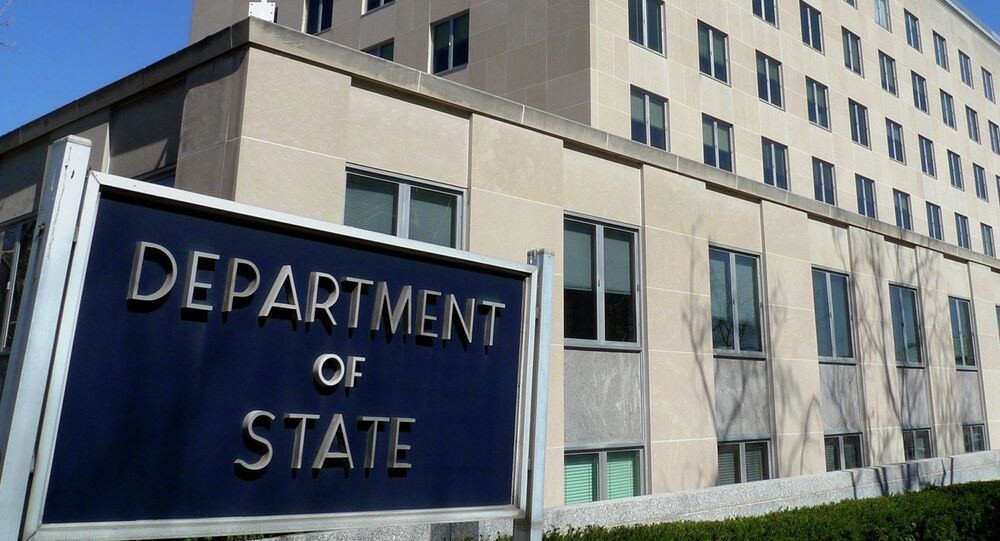 WASHINGTON (Sputnik) - Russia must take responsibility for the alleged poisoning of Sergei Skripal in the UK if it wants to improve relations with the United States, US State Department spokesperson Heather Nauert said during a press briefing on Tuesday.

"If Russia wants to improve relations it needs to first acknowledge its responsibility for this attack and cease its recklessly aggressive behavior," Nauert told reporters.

Meanwhile, the United States and its allies have so far expelled a total of 151 Russian diplomats over the poisoning of former Russian spy Sergei Skripal, US State Department spokesperson said.

"Alongside our own announcement, you’ve seen an unprecedented wave of similar actions and expulsions taken by other governments, our global partners and our allies. The United States, the United Kingdom, NATO and now 25 other countries have so far announced the expulsions 151 Russian personnel," Nauert said.

© REUTERS / Peter Nicholls
Russian FM: London Has No Interest in Probing Skripal Case
In addition, the United States has not received a formal response from Russia after announcing its expulsion of 60 diplomats in response to the Sergei Skripal case, Department of State spokesperson Heather Nauert said during a press briefing on Tuesday.

"We informed them in a professional fashion of our decision, we have not heard anything formally from them," Nauert told reporters.