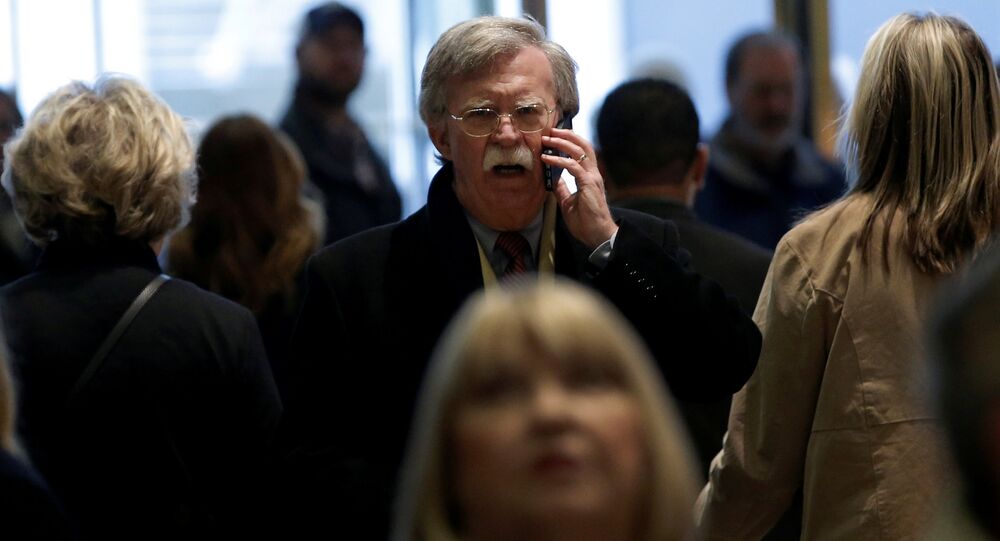 An announcement that John Bolton would replace Herbert McMaster as Donald Trump's new national security adviser has been harshly criticized by former US President Jimmy Carter.

"Maybe one of the worst mistakes that President Trump has made since he's been in office is his employment of John Bolton, who has been advocating a war with North Korea for a long time and even an attack on Iran, and who has been one of the leading figures in orchestrating the decision to invade Iraq," Jimmy Carter said in an exclusive interview with USA Today.

The 93-year old former US President described Bolton's nomination as "a disaster" for his country.

© AP Photo / Alex Sanz
In this image taken from video, former President Jimmy Carter speaks at the annual Human Rights Defenders Forum at The Carter Center, Tuesday, May 9, 2017, in Atlanta

McMaster's resignation was announced by Trump last Thursday, when he made the relevant statement on his Twitter page, thanking McMaster for his "service."

The nomination of Bolton, who is due to enter office on April 9, came ahead of the planned meeting between Trump and North Korean leader Kim Jong-un, scheduled for May.

READ MORE: 'If Trump Plans to Break Iran Deal, Bolton Can Help Him Do So' — Analyst

The former US Ambassador to the UN, Bolton is in particular known for his hawkish stance on Russia, North Korea and Iran.