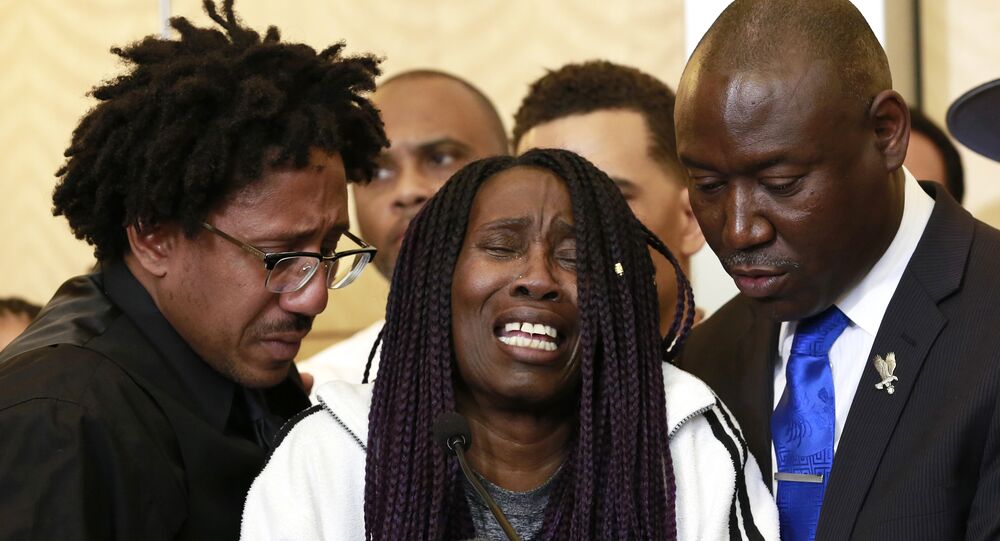 The family of Stephon Clark, a 22-year-old black man who was gunned down by police in his grandparents' backyard while unarmed, will be filing a wrongful death suit against the Sacramento Police Department.

Representing the family will be Ben Crump, a civil rights lawyer who previously represented both the families of Trayvon Martin and Michael Brown, two black men killed by a community watchman in 2012 and by police in 2014, respectively, according to the Daily Beast.

© Photo : Pixabay
Activist: Shocking Number of Police Killings ‘Tells You What Their Role Is'

"They feel that, at best, police have intentionally misled them, and at worst they flat-out lied to justify this execution of Stephon Clark in his backyard," Crump told the Daily Beast. "[Police] said the first day after the execution that he had a weapon, that's why they had to shoot him 20 times. Then the next day they changed it and said he had some kind of crow bar or toolbar to justify why they had to shoot him 20 times. Then finally they came clean and said he didn't have any weapon of any sort. All he had was a cell phone."

Another driving force behind the lawsuit is the fact that an officer muted their body camera moments after the shooting took place. An officer can be heard telling another to mute their microphone at the following video's 14:39 mark.

​At a news conference held by Crump on Monday, the lawyer told reporters that he would be calling for an independent autopsy of Clark and seeking justice for the family.

​"The Clark family isn't the only family who has had to endure this long pain and suffering… this is all too often a pattern in America… this is reminiscent of so many police shootings of unarmed black and brown people," he added.

Before bringing in Sequita Thompson, Clark's grandmother, Crump concluded his prepared statement by saying that "we will fight for Stephon until we get justice."

As tears fell down Thompson's face, she recalled the moments leading up to the shooting and realizing that it was her grandson who'd been gunned down just a few feet away from where she was in her home.

The news conference comes nearly a week after police released bodycam, helicopter and audio recordings from the March 18 shooting.

From Tulsa to Charlotte Police Killings Continue in the USA