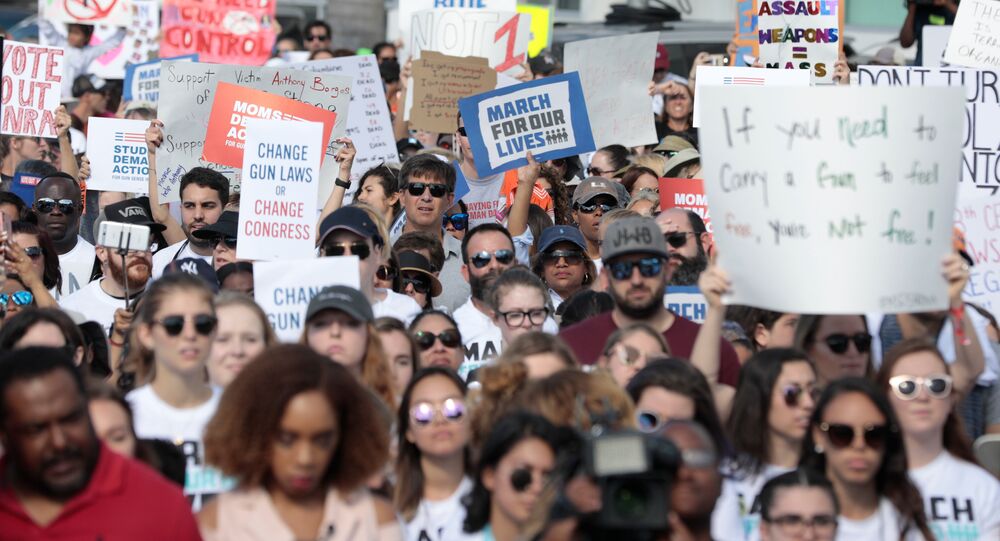 The nationwide march was organized in the wake of the events at a high school in Parkland, Florida, where on February 14 former student Nikolas Cruz armed with a semi-automatic rifle, opened fire at students and teachers, eventually killing 17 people and injuring 17 more, making the shooting the deadliest school massacre in US history.

ASHINGTON (Sputnik) — Thousands of students from all across the United States gathered in Washington, DC on Saturday to voice their protest against gun violence in their schools, a Sputnik correspondent reported.

People gathered in the capital’s downtown at noon local time just a few blocks away from the US Congress.

They call on lawmakers to quickly pass legislation that would protect them from gun violence and eliminate loopholes allowing people to buy assault weapons.

The March for Our Lives demonstration is organized by recent shooting survivors from school in Parkland, Florida. That massacre left 17 people dead.

The protests are also due to be held in other cities around the world, including in Los Angeles, New York, and London, with thousands of people taking to the streets to demand the end of gun violence.

Threats of Violence Against US Lawmakers on the Rise