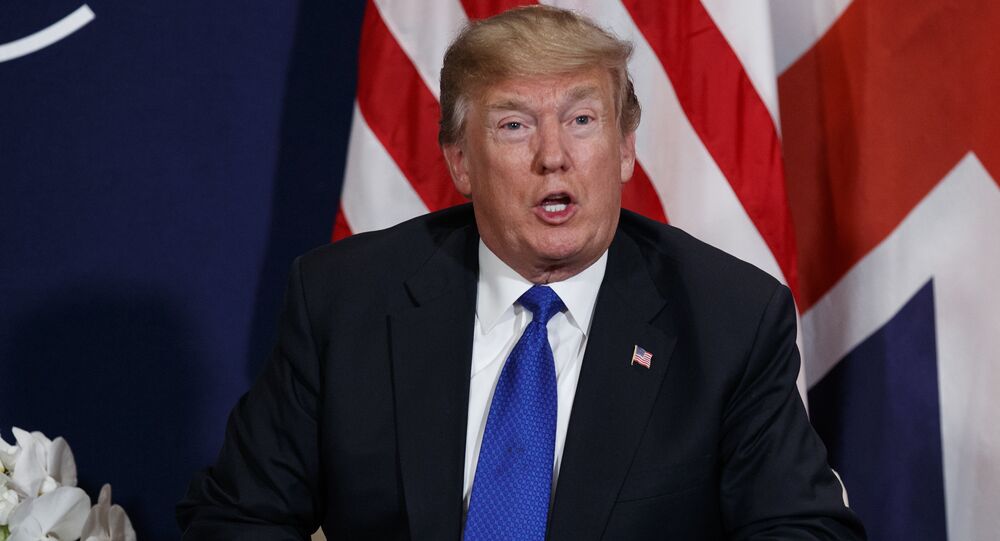 US President Trump is preparing to expel "dozens" of Russian diplomats in response to the poisoning of Sergei Skripal, Bloomberg reported citing two sources familiar with the situation. The president made a decision on the move following recommendations from his aides, which were passed along to the president on Friday.

The aides decided to recommend the expulsion of diplomats at a National Security Council meeting on Wednesday. Trump has reportedly talked on the steps with several high profile officials, including National Security Adviser H.R. McMaster who has since been replaced by John Bolton.

"The United States stands firmly with the United Kingdom in condemning Russia’s outrageous action. The president is always considering options to hold Russia accountable in response to its malign activities. We have no announcements at this time," Deputy White House Press Secretary Raj Shah was quoted by Bloomberg as saying on Saturday.

UK Prime Minister Theresa May has said that Russia was "highly likely" behind the poisoning of Skripal, as the nerve agent code-named Novichok found on the scene was developed in the USSR. London then expelled 23 Russian diplomats in retaliation.

© REUTERS / Henry Nicholls
Police officers stand on duty at a road block on the road where former Russian inteligence agent Sergei Skripal lives, in Salisbury, Britain March 11, 2018
The European Council has backed the United Kingdom in its accusations with the European Union's leaders agreeing to recall EU Ambassador to Russia Markus Ederer for consultations in Brussels.
© REUTERS / Peter Nicholls
Samovar With 'Novichok': Russian Intel Vets Mock Skripal Case
The Czech Republic Estonia, Latvia, and Ireland have said they were considering the expulsion of Russian diplomats.

Moscow has slammed the accusations as baseless, offering assistance in the ongoing probe into the incident and requesting the samples of the nerve agent used in the alleged attack for testing. However, the UK authorities have denied the request.