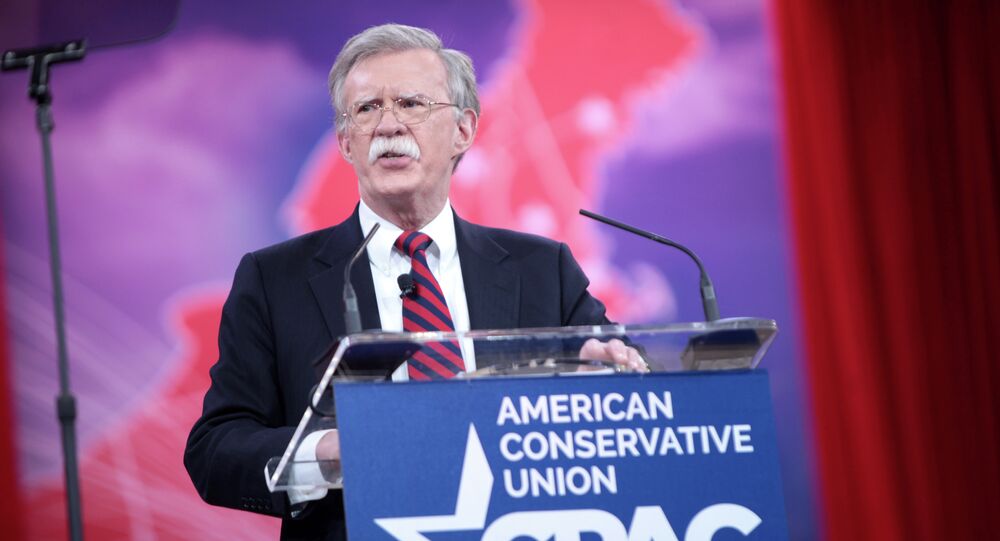 The first order for research by Bolton's political action committee, The John Bolton Super PAC, was made in August 2014, when the company was still in the process of collecting data from the users of the social network, The New York Times reported Friday, citing former company employees and campaign finance records.

"The data and modeling Bolton’s PAC received was derived from the Facebook data. We definitely told them about how we were doing it. We talked about it in conference calls, in meetings," Cambridge Analytica's former data expert, who is also one of the company's founding members, Christopher Wylie, was quoted as saying by the newspaper.

In the following two years, the committee has spent almost $1.2 million on a sociological survey. According to the contracts concluded, Cambridge Analytica rendered services on choosing a target audience on the basis of data on people's behavior. The company's described it as "behavioral microtargeting with psychographic messaging."

The research was further used for advertising campaigns, including the one in support of Republican Sen. Thom Tillis, who ran in 2014 from North Carolina.

© AP Photo / Evan Vucci
Twitter Ignites As Bannon Says 'Facebook Data Is For Sale'
Last week, media reported that the personal information of about 50 million Facebook users had been harvested without their permission by the Cambridge Analytica firm. The firm reportedly worked for multiple political campaigns and gathered data from social media accounts to develop a mechanism that would predict and influence the behavior of voters.

According to media reports, Facebook learned of the fact that Cambridge Analytica had access to the personal information of the social network's users, after which it demanded that the data analysis firm delete the acquired information. The firm assured Facebook that its requirement had been met, however, last week Facebook learned that the data had not been completely destroyed.

Massachusetts Attorney General Maura Healey has announced the launch of an investigation into Facebook and Cambridge Analytica in connection with the illegal use of user data during the 2016 US presidential campaign. Media watchdogs of UK, Israel, and Canada decided to probe Facebook as well.

On Thursday, Facebook CEO Mark Zuckerberg apologized for the situation with Cambridge Analytica and admitted that he should not have trusted the firm. Earlier in the week, he said that there were several mistakes that led to the situation, adding that most of the actions needed to prevent this from happening again were already taken years ago.