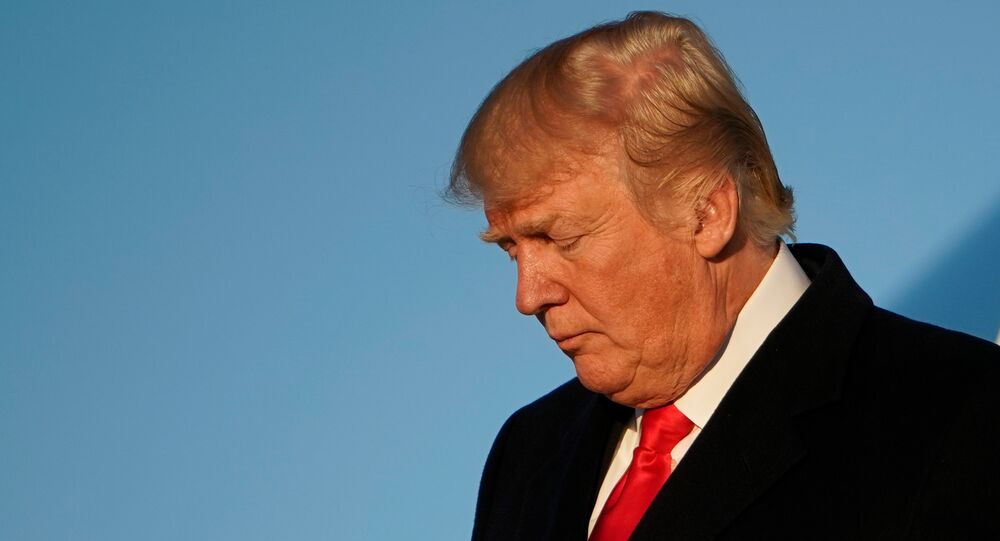 WASHINGTON (Sputnik) - President Donald Trump is expected to receive a recommendation from the White House National Security Council to expel even more Russian diplomats over allegations related to the poisoning of double agent Sergei Skripal, US media reported.

Earlier on Friday, Russian Foreign Minister Sergey Lavrov said Moscow has seen no hard evidence to substantiate UK allegations on the poisoning of Skripal, so the accusations seem like a provocation.

The National Security Council made the decision to recommend taking action against Russia at a meeting at the White House earlier this week, CNN said, citing a single source "with knowledge of the situation."

State Department Spokesperson Heather Nauert told Sputnik later that Washington is considering a number of measures to take against Moscow with respect to allegations related to the poisoning.

"The United States is considering a range of options to respond to Russia’s outrageous actions in the UK," Nauert said on Friday.

© REUTERS / Peter Nicholls
Samovar With 'Novichok': Russian Intel Vets Mock Skripal Case
On March 4, the former Russian intelligence officer Sergei Skripal and his daughter were poisoned by a purported nerve agent in Salisbury, UK. Both of them remain in critical condition in hospital. UK government was quick to accuse Russia over the poisoning, but still failed to provide any evidence to support the accusations. That, however, didn't prevent UK government from expelling 23 Russian diplomats.

Russia has denied any role in the accident and offered help with the investigation. Moscow has also requested samples of the alleged poison, but was denied by London.

EU President Donald Tusk said in a tweet Thursday that the "EUCO agrees with UK government" and that "there is no other plausible explanation." A source familiar with the matter told to Sputnik later that several EU nations were also considering recalling their diplomats from Russia or expelling Russian diplomats.