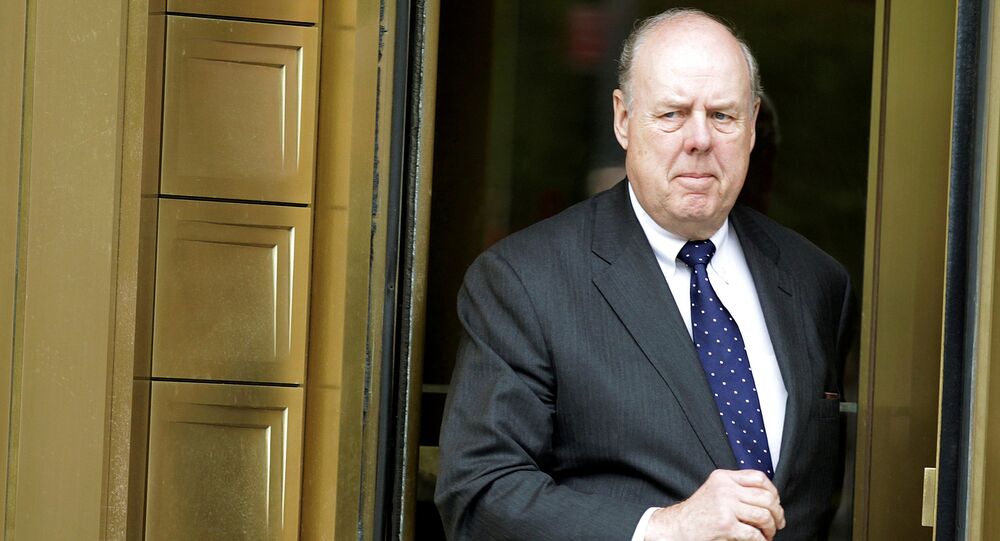 The media says that US President Donald Trump's personal lawyer John Dowd has recently mulled the possibility to leave and resigned since the president was ignoring his advice.

"I love the President and wish him well," John Dowd said in a statement to CNN.

According to media reports, it is not clear who will take over for Dowd as the lead attorney, but earlier this week Trump hired a new lawyer for his team, Joseph diGenova.

The resignation comes days after Dowd expressed hope that Acting Attorney General Rod Rosenstein will stop the investigation into alleged collusion with Russia, stance shortly after echoed by Trump, who insisted that the investigation “based on fraudulent activities” “should never have been started.”

​Trump's public lash-out at Mueller, who is leading a probe into alleged collusion with Russia, is believed to be a sign that the president is going to confront the investigation more directly, the strategy not welcomed by his attorney Dowd.

© AP Photo / Charles Dharapak
Mueller Subpoenas Trump Organization, Demands Russia-Related Docs - Reports
The Special Counsel under the direction of former FBI Director Robert Mueller launched its investigation in May in a bid to look into evidence that Russia allegedly attempted to influence the results of the 2016 US presidential election.

A similar investigation was conducted by the intelligence committees both in US Senate and the US House of Representatives and practically ended earlier in March, after the chair of the US House Intelligence Committee, had announced that Republicans reached a consensus that there was no collusion between Trump and Russian nationals or the Russian government.