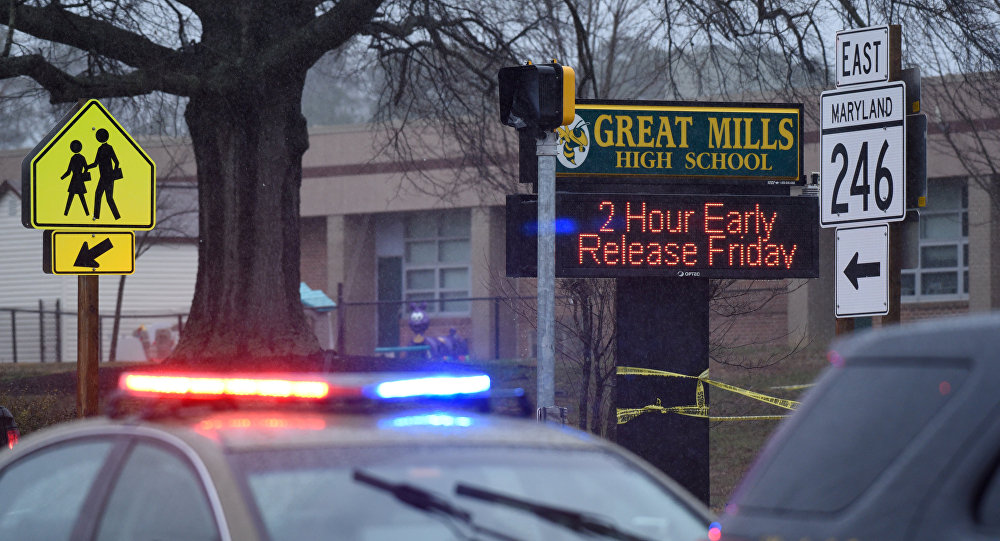 Great Mills High School in Maryland, US is on lockdown after a shooting was reported, however, police say that "the event is contained."

St. Mary's County sheriff's spokeswoman Cpl. Julie Yingling confirmed that three people were wounded in Great Mills High School in Maryland, including a male student and a female student as well as the perpetrator, who was injured by a campus security officer. All those wounded were taken to the hospital in critical condition and there were no casualties, according to the spokesperson.

The perpetrator of the shooting attack in Great Mills High School in Maryland turned out to be one of the students, according to the sheriff's office. 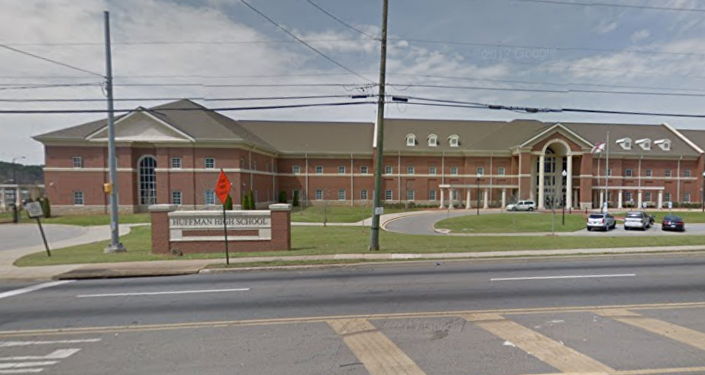 Screenshot/Google Street View
17-Year-Old Girl Dead After 'Accidental Shooting' at Alabama School (PHOTOS)
Three people have been transported from the scene following the shooting in Great Mills High School in Maryland, the Fox 5 DC broadcaster says. Earlier, the NBC broadcaster reported that many people were wounded as a result of the incident.

According to St. Mary's department of education, the situation in Maryland's high school following the shooting has been taken under control.

"There has been a Shooting at Great Mills High School. The school is on lockdown, the event is contained, the Sheriff's office is on the scene additional information to follow," the St. Mary's County Public School website said.

UPDATE: Video of police on scene at the High School in Marylandpic.twitter.com/fg4HREzMiK

One of the school's students said to local media that he believes seven people are injured, whereas at least one is dead following the incident.

A student at the high school in St. Mary’s County, MD said on @NewDay that he thinks seven people are wounded and he believes there was at least one casualty. There have been no official reports of any victims yet

According to FBI spokesman David Fitz, the FBI agents are on the scene to assist the local sheriff's office. Special Agents from the Bureau of Alcohol, Tobacco, Firearms and Explosives (ATF) also headed to the scene of a school shooting in Great Mills, the ATF said in a statement.

A Twitter post from the St. Mary's County Sheriff's Office asked parents not to report to the school due to the incident, but to go to a high school in nearby Leonardtown instead.

There has been an incident at Great Mills High School. Parents please DO NOT respond to the school. Report to Leonardtown High School

Maryland's Governor Larry Hogan tweeted that he is monitoring reports. People are urged to follow the instructions of local law enforcement at the scene.

We are closely monitoring the situation at Great Mills High School. @MDSP is in touch with local law enforcement and ready to provide support. Our prayers are with students, school personnel, and first responders.

The shooting in Maryland's school comes just a month after a massacre in Florida's school when 19-year-old Nikolas Cruz killed 17 people at Stoneman Douglas High School in Parkland.