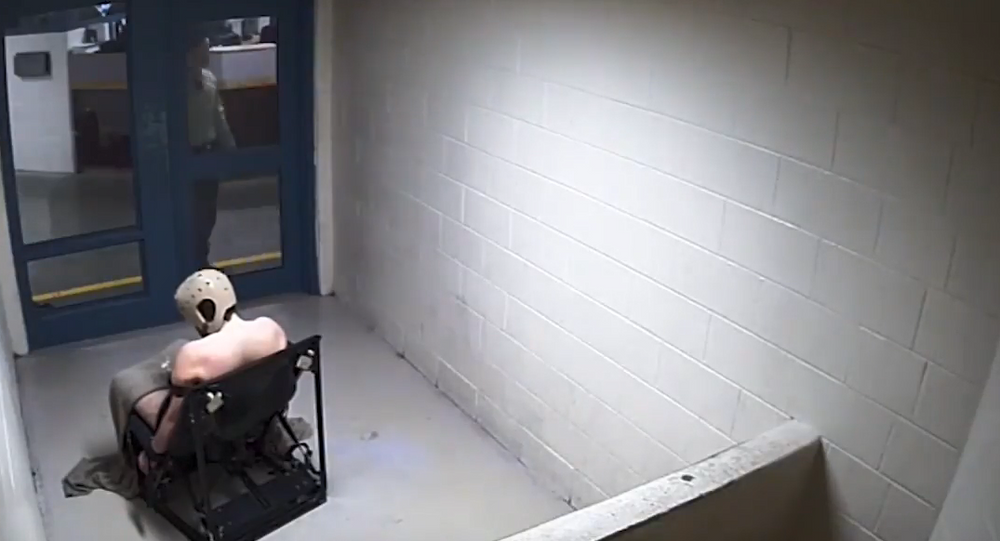 Last week, footage was released of a schizophrenic man writhing on the floor of his cell until he dies as California sheriff’s deputies laugh and smirk.

The Tribune of San Luis Obispo posted the approximately eight-minute-long video of Andrew Holland's death on January 22, 2017, last week. Holland, who was in jail for minor offenses, died after an embolism traveled to his brain. Blood clots, which typically cause embolisms, often occur after an extended period of sitting or lying down.

The footage contradicts the county officials' version of how Holland died. Contrary to what police stated, Holland was not "found unconscious and unresponsive" and was not "under the continual care of a physician" at the time of his death.

Holland was pronounced dead in his cell at 5:36 p.m. on January 22, 2017, only about an hour after he was released from being strapped to a plastic restraint chair for two days for hitting himself.

​"What happened to Andrew Holland was a tragedy that impacts our entire community," Horton wrote.

"Although we can't bring Andrew back, our county has made, and continues to make, changes in response to this terrible event."

Some of the reforms implemented including banning the use of restraint chairs, hiring an independent contractor to audit county procedures and establishing the Stepping Up initiative to reduce the number of mentally ill patients in prisons.

In July 2017, Holland's family was awarded a $5 million settlement from the county. They plan to use the settlement money to establish a nonprofit organization to advocate for civil rights of mentally ill people in jail.

"We had hope that his life would improve, but on January 22nd of this year, our son Andrew died a brutal and tortured death at the hands of the custodial staff at San Luis Obispo County jail," Holland's mother, Sharon, told reporters last July.

Although Horton did admit that the county is partly responsible for Holland's death, he did not specify whether any officials would face consequences over Holland's death.

EXCLUSIVE: New Hope for ‘Miscarriage of Justice' Victim in UK Jail for 25 Years