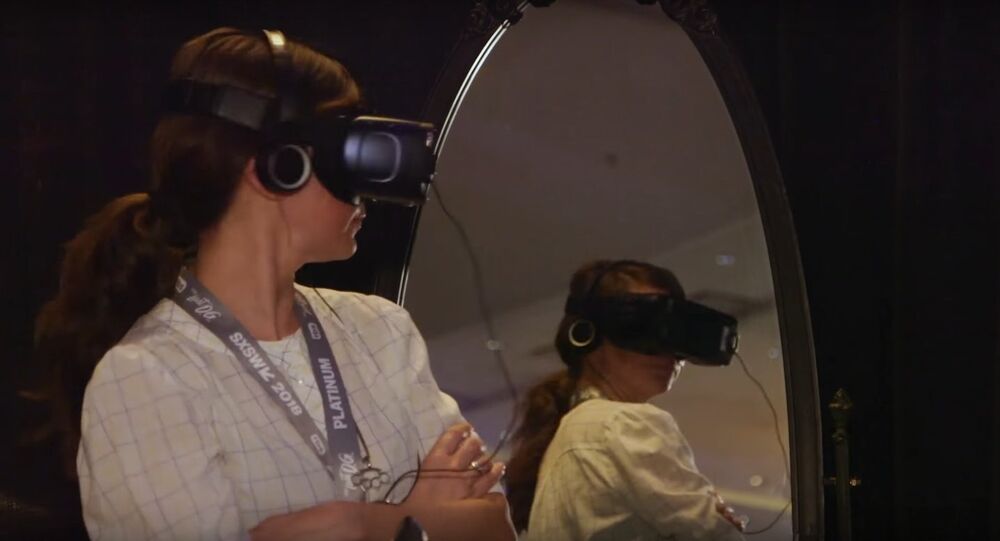 The five-minute virtual reality (VR) film by director Michael Jacobs was shown at the South by Southwest (SXSW) conference and festival, with an aim to “demystify escort work and bring a sense of empowerment to escorts.”

"I feel extremely violated, he completely broke trust. I'm so angry about it. He's acting as though he's giving a voice to a sex worker when he's in fact silencing me and putting something out there without my consent," Roux told Engadget, adding that she thought that the project was in limbo.

1/2 — Don't want to talk too much before consulting further with legal, but just found out a director I collaborated w/ on a very intimate VR project (terms still in negotiation with our legal teams) released it without my consent and didn't credit me. I feel incredibly violated.

Meanwhile, it appears that Jacobs didn’t want the media to contact Roux, saying that she was not willing to make her name public, as it would be “bad for her” and he refused to respond to Engadget’s requests for comments up until the last moment before the article was published on their website.

The pair confirmed that they had contacted each other by email and discussed the details of the shooting, although Jacobs claimed that Roux, who also appeared in the video, suggested that she should do a nude scene.

Liara, for her part, has dismissed this remark, saying that nudity was never agreed to.

"He sprung that on me on the last day while we were shooting. He was like 'Okay, can you get naked now,' and I felt really pressured. Everyone on set was just sort of staring at me… it wasn't something we'd discussed beforehand," she said, having provided proof of a group email conversation.

Choice bit: "We show what it's like to go on a date with an escort" — I should note that I suggested locations, educated him on the work, did all my own styling and brought my own wardrobe. The only shot that I didn't suggest (and he sprung it on me at the end) was the nude bit.

"He kept touching me on the small of my back or grabbing my arm in ways that felt overly familiar with me. It didn't feel like he was treating me like professional talent, it felt creepy to me."

My legal team was able to get me a copy of the video from Mr. Jacobs. After seeing it, I'm livid. I am working with them to have him immediately cease screening it and to remove it from anywhere it is available, and to come back to the table to continue good faith negotiations.

Jacobs, in turn, has issued an official statement, fully published by Engadget:

"I have the utmost respect for [Liara Roux] and I was very communicative about what we were doing throughout the prep and during the shoot. I clearly stated my intention to culminate in nudity, and she agreed to this. […] I treated her as I would any professional, any subject of any film. […] The moment she requested the film be taken off the floor it was. I honor her and want to do right by her, as was my intention to balance her needs and film the entire time."