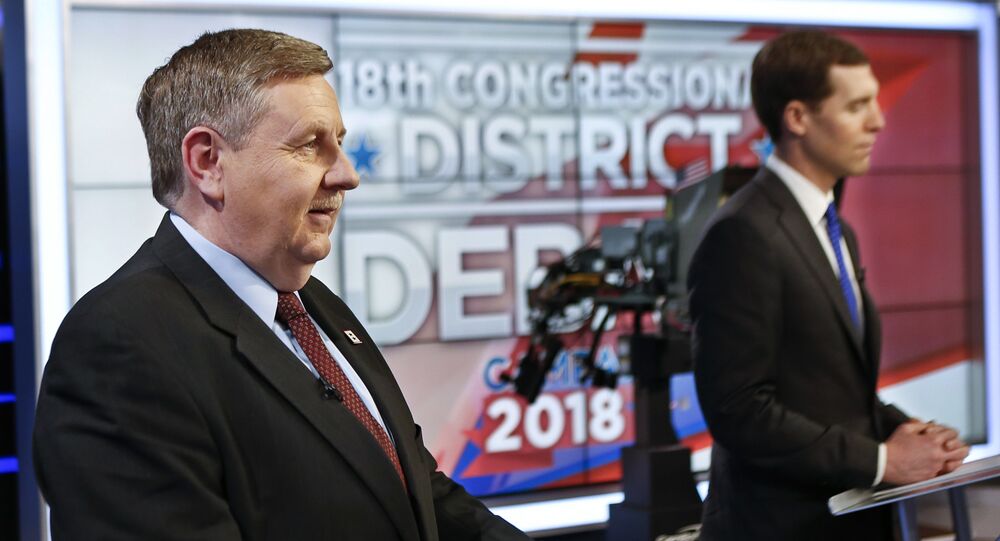 ‘A Tide is Turning’: Upset in Pennsylvania Bodes Well for Democrats in 2018

Democrat Conor Lamb is the apparent winner of the special election for Pennsylvania’s vacant seat in the US House of Representatives, leading GOP candidate Rick Saccone by around 627 points as of Wednesday - a slim but major upset that could be an ominous forewarning for Republicans ahead of this year’s midterm elections in November.

​"This district is going to be merged into several different districts as a result of the redistricting," Lindorff said, referring to the new map of Pennsylvania's 18 congressional districts that is supposed to come into effect for the May 15 primary. The new map will amend a map found by the Pennsylvania Supreme Court to have been gerrymandered, with twisting, oddly-shaped districts allegedly drawn along partisan lines.

"The big deal here, though, is not who won, but how [US President Donald] Trump defeated Hillary [Clinton] in the 18th Congressional District in southwest Pennsylvania by a 20 percent margin," Lindorff added, pointing to the discernible collapse in Trump's popularity.

Wilmer Leon, a political scientist, author and radio talk show host, told Radio Sputnik that the outcome in Pennsylvania is a "good sign" for Democrats for 2018.

"Donald Trump won this district by 20 points and now you have Saccone losing in a very tight race. But a loss is a loss. I don't think the Republicans can blame this on Saccone running a bad campaign. There is nothing here but an indication that a tide is turning," Leon told hosts Brian Becker and John Kiriakou.

Daniel Lazare, a journalist and author, agreed that Lamb's victory is an indication of Trump's declining popularity, especially since Lamb managed to win even after running a very "bland" campaign.

"It's important to keep in mind the type of campaign that Lamb ran," Lazare told Radio Sputnik.

"He [Lamb] ran the most centrist, bland campaign. He used the D-word, Democrat, as infrequently as possible and avoided taking a strong stance on anything. But, he was the "un-Trump" candidate. That means that Trump is extremely unpopular and things look bad for Republicans," Lazare told Radio Sputnik.

Throughout the race, Lamb said he welcomed support from people who voted for Trump but vowed not to follow Nancy Pelosi, who serves as the minority leader of the US House of Representatives. In addition, while he spoke out for union rights and economic fairness, he took a more conservative stance on guns. Lamb's victory could thus potentially motivate other moderate Democrats in conservative-leaning states like Kansas, Arkansas and Utah to take the same "centrist" approach, Lazare suggested.

Over 130,000 Russians Want to Become Public Observers of Presidential Vote