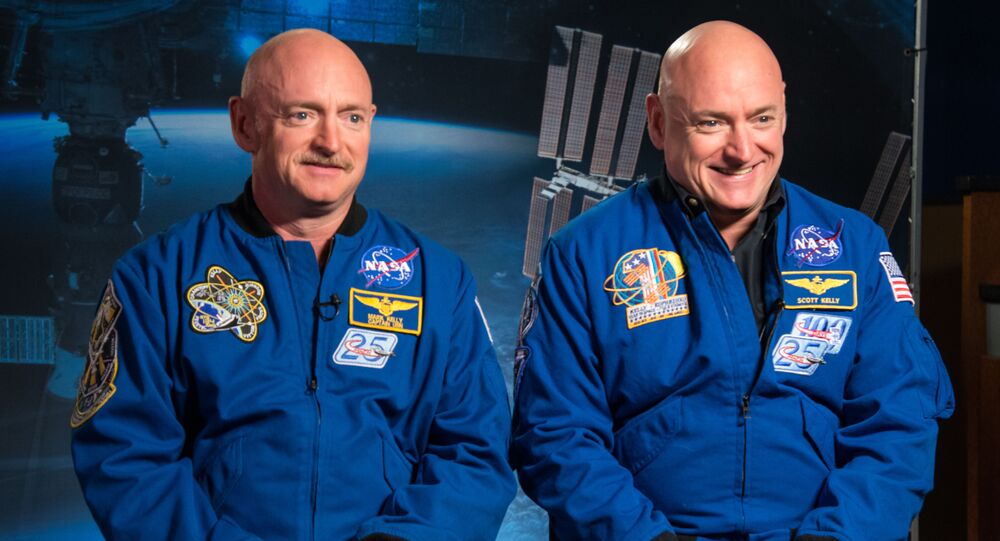 After a year in space International Space Station (ISS) astronaut Scott Kelly returned home slimmer, taller and with younger cells. However, some changes were not for the better.

NASA researchers have revealed prelimenary results of the Twins Study project, which took a closer look at individual health and alterations, caused by space travel.

The scientists studied the only identical twin astronauts in history, Scott and Mark Kelly, whose genetic codes became significantly different after Scott had spent 340 days aboard the ISS, while his brother stayed on Earth.

The mission is a stepping stone to a three-year journey to Mars.

READ MORE: Red Planet Calling: This is When Humans Are Expected to Leave Footprint on Mars

NASA suggest a year-long journey may have activated the so-called "space genes," while others could have been switched off due to different types of stress. A year-long mission, significantly longer than standard six-month journeys, cased physical (low-gravity and low-oxygen environment) and mental stress.

"Such actions can trigger the assembly of new molecules, like a fat or protein, cellular degradation, and can turn genes on and off, which change cellular function," stated the agency.

The project group studied the brothers’ levels of physical and mental stress before, during and after Scott's journey, charting the slightest changes.

Some physical alteration, e.g. 2-inch difference in height, as well as most of genetic changes reversed after some time on Earth. However, seven percent of the astronaut's DNA seems to have changed permanently.

These changes concern bone formation, oxygen deprivation, immune system responses and DNA repair after the space stress, most people don’t experience naturally. For instance telomeres, which protect our chromosomes from dysfunctions, became longer, which is a sign of younger cells. At the same time his microflora changed, which led to more inflammations, while the bones became weaker.

"The body thinks there’s a reason to defend itself. We know there are aspects of being in space that are not a pleasant experience, and this is the molecular manifestation of the body responding to that stress," Twins Study researcher Christopher Mason told Business Insider.

The Twins Study was the first study of its kind. The project involved 10 individual investigations, 12 universities, NASA biomedical laboratories and National Space Biomedical Research Institute – with over 200 researchers in more than 30 states.