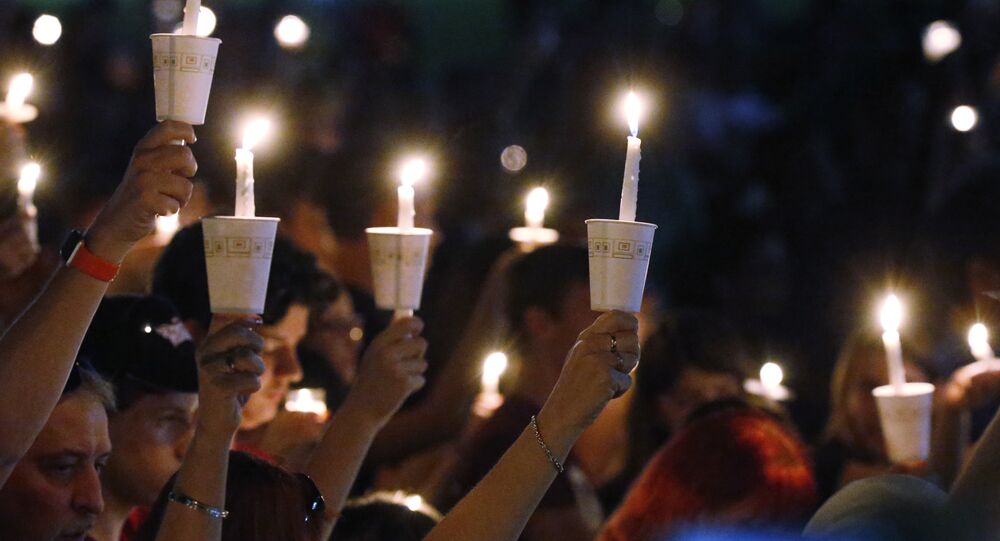 One month after the shooting at Marjory Stoneman Douglas High School in Parkland, Florida, students across Chicago plan to walk out of class at 10 a.m. Wednesday as part of a national endeavor to press lawmakers to pass stricter gun legislation and to honor the lives of the 17 people slain in that shooting.

Kofi Ademola, an organizer with the Black Lives Matter movement in Chicago, told Radio Sputnik's Loud & Clear that the walkout for students in cities like Chicago, where gun violence is a part of everyday life, is an opportunity for inner-city students to express the daily impact of gun violence in their communities, though they have been spared the high-profile mass shooting scenario that unfolded in Parkland.

​"In Chicago, we have heard two different narratives. The Chicago Public Schools have announced that there will be no consequences for students, should they walk out. On the other end, there are some individual schools that have decided to enact consequences for students — suspension — should they decide to walk out. So, it's really subjective whether Chicago schools support the walkouts or not," Ademola told hosts John Kiriakou and Brian Becker.

"There is a resurgence in national student activism, which is powerful," Ademola added.

"Here in Chicago, students have connected with other students in Baltimore. Students in Baltimore and Chicago have been asking for gun reform way before Parkland happened. Parkland did a beautiful thing with their [Marjory] Stoneman [Douglas] students following the shooting: survivors had access to dogs for emotional trauma healing and hundreds of therapists. In Baltimore and Chicago, students don't have those services; if they are lucky, they have access to one counselor. So, the young people are saying they want equity in how they are treated," Ademola explained.

Chicago has been central to the national gun violence debate for years. For many Chicago teens, gun violence is so much a part of their daily lives that their schools have led the increase of metal detectors and security guards in schools.

"Chicago has been experiencing militarization of schools since the 90s," Ademola said.

In 2017, Chicago had nearly 3,000 shooting incidents and almost 4,000 shooting victims, according to Chicago Police Department statistics.

"This [gun violence] isn't a new trend in the urban community. It's very powerful that students from Chicago and Baltimore have created a coalition, called ‘Good Kids, Mad City,' to address gun violence," Ademola said. Young black and brown people are already over-policed in their communities and in their schools, Ademola and the hosts noted, which adds to the already-traumatic experiences caused by pervasive gun violence in their communities.

"It was never a feeling of jealousy," McDade, an 18-year-old from Chicago, recently told the Chicago Tribune when asked if he felt envious of the attention Parkland received after the shooting there.

"It was a feeling of, ‘We can leverage from this,'" said McDade, who will lead 600 fellow classmates at North Lawndale College Prep High School in the planned 17-minute walkout Wednesday.

"I really do feel that this is different," Charlie Ransford, director of science and policy for Cure Violence, a Chicago-based organization, recently told the Chicago Tribune. "If the [young activists] keep going, they just have a ton of power and influence that can push for solutions for preventing mass shootings and for violence in cities like Chicago."

"Now that we're talking about what we can do as a nation, I feel like it should hopefully unlock some resources that Chicago can then take advantage of," Ransford added.

US Problem is Not Gun Violence, But White Supremacy