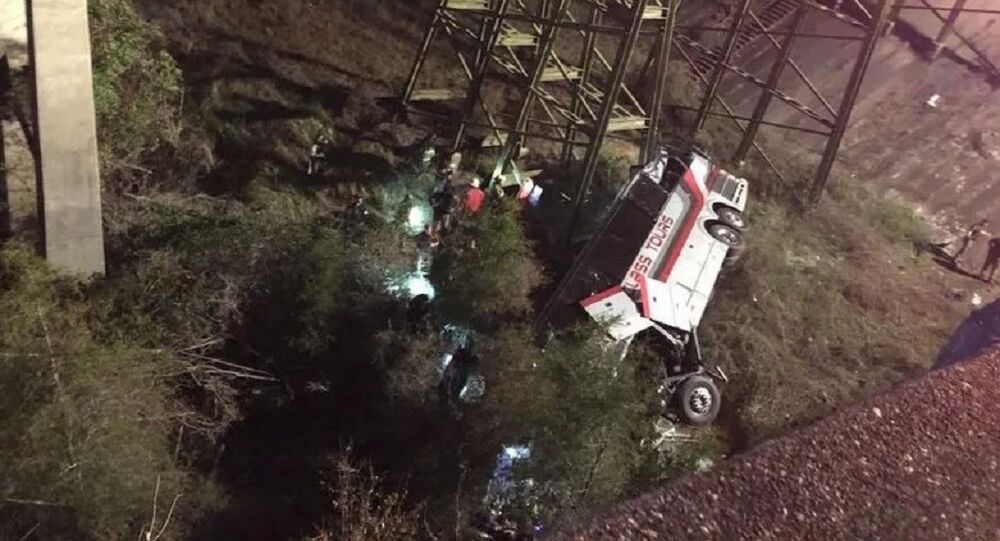 Interstate 10 (I-10) has been closed following the incident which has reportedly resulted in students being wounded.

At least one person died in the US State of Alabama following a tour bus crash. Six people suffered serious injuries, with one being in critical condition and the others being in serious condition, according to Baldwin County Sheriff Hoss Mack.

The vehicle heading from Houston and carrying some 52 people fell off the I-10 highway into a ravine in Baldwin County at about 6 a.m. on Tuesday, according to authorities cited by Idaho news.com outlet.

According to Mike Burke, a spokesman at Sacred Heart Hospital in Pensacola, Florida, over 20 people had been rushed to the hospital by ambulances and helicopters following the incident.

"We have multiple injuries; the bus went down into a ravine," Global News Canada cited Baldwin County commissioner Chris Elliott as saying.

The pictures of the bus have emerged on social media platforms.