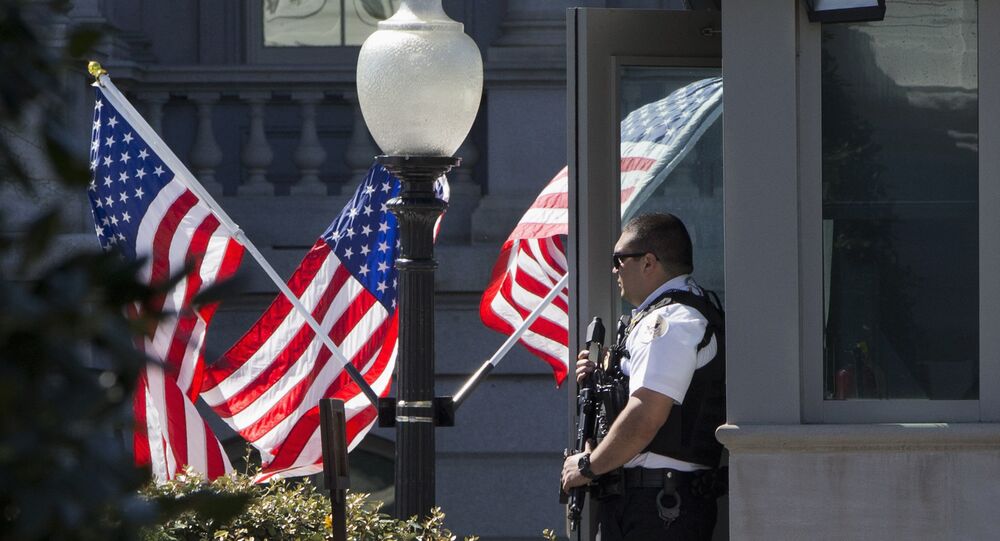 On Monday, the US Secret Service responded to reports of a suspicious package near Pennsylvania Avenue and Lafayette Park.

Secret Service personnel responded to reports of a suspicious package near the White House on Monday, but announced after a short while that the package had "been deemed safe."

A suspicious package was reported near the northwest gate of the White House. No details were revealed on why the package was being treated as suspicious. Surrounding streets were cordoned off by police while the Secret Service investigated.

The White House has had several security alerts over the past year.

In March 2017, a man climbed over a fence at the White House and walked on the grounds for about 20 minutes before being arrested. Earlier this month, a 26-year-old man committed suicide in front of the White House.

In addition, there have been several cases of suspicious, explosive packages being left outside of people's homes.

In two separate explosions in Austin, Texas, Monday, a 17-year-old boy was killed and two women, one in middle age and one in her 70s, were injured. The explosions were the second and third in the city this month.

The teen died at the scene, while the woman was rushed to Dell Seton Medical Center with injuries that were not life-threatening. Austin Fire, the Bureau of Alcohol, Tobacco, Firearms and Explosives (ATF) and the FBI are assisting with the investigation.

A second explosion occurred in southeastern Austin Monday midday, close to Austin-Bergstrom International Airport. The woman in her 70s injured in that explosion was transported to an area hospital.

Man Allegedly Shoots Himself Near White House - US Secret Service