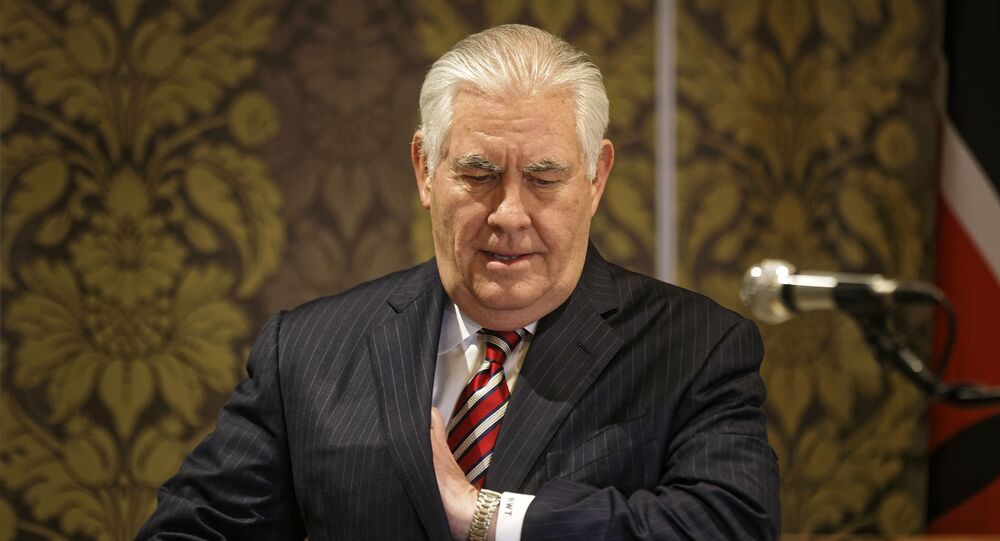 US Secretary of State Rex Tillerson has fallen ill while on tour in Africa and has cancelled several events on his diplomatic schedule.

Tillerson, currently on a round of diplomatic visits to the governments of Kenya, Chad, Nigeria, Djibouti and Ethiopia, was announced by US state department representatives to have fallen ill on Saturday in Nairobi, according to The Hill.

"The secretary is not feeling well after a long couple days working on major issues back home such as North Korea," stated undersecretary of State for public diplomacy and public affairs Steve Goldstein, while on tour with Tillerson.

Goldstein added that, "some events will go ahead without [Tillerson], while they are looking at the possibility of rescheduling others," cited by The Hill.

Tillerson's Saturday schedule in Kenya had included an event for the President's Emergency Plan for AIDS Relief, as well as a wreath-laying ceremony and a meeting with Americans working at the US embassy in the country's capital.

Earlier, Bloomberg had reported that the US secretary of state would resume his schedule on Sunday, although no confirmation has been provided by Tillerson's entourage.