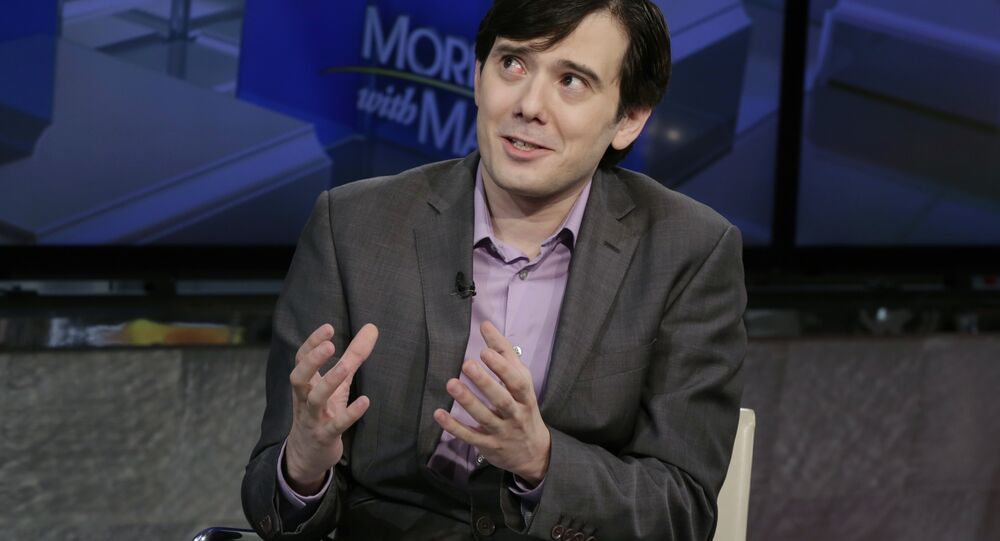 On Friday, Martin Shkreli, popularly known as Pharma Bro, was sentenced to seven years in prison and ordered to pay a $75,000 fine in relation to his 2017 securities fraud conviction.

The $75,000 fine is in addition to forfeiture. He was previously ordered to pay a $7.36 million in forfeiture and personal assets — including the Wu-Tang Clan album he bought for $2 million.

Shkreli, who is known for raising the price of a life-saving drug by 5,000 percent, as well as for his online trolling persona, was convicted in August 2017 for defrauding investors in two failed hedge funds.

Prior to his sentencing, Judge Kiyo Matsumoto described Shkreli's crimes and online threats, but she also noted that his childhood had been lonely and difficult and said his parents were both physically and verbally abusive, according to Ethan Harp, a reporter for WCBS880. Matsumoto also remarked that Shkreli had not been a disciplinary problem in jail awaiting sentencing.

​Per Harp, Matsumoto indicated that "it is more than clear [Shkreli] is gifted individual with capacity for kindness and passion for teaching," but that ultimately the case was about an "egregious multitude of lies."

"I want the people who came here today to support me to understand one thing, the only person to blame for me being here today is me," Shkreli said before his sentencing. "I took down Martin Shkreli."

Shkreli's lawyers had asked the judge to offer their client a sentence of 12 to 18 months since investors had gotten their money back. Prosecutors, on the other hand, requested that the "master manipulator" get at least 15 years.

Assistant US Attorney Jacquelyn Kasulis said the 34-year-old deserved a longer sentence not because he's "the most hated man in America," but because he's a criminal convicted of serious fraud, Reuters reported.

Shkreli was given credit for the roughly six months he has spent in prison.

Though Shkreli was released on a $5 million bail after he was initially convicted, it was revoked in September 2017 after he went on Facebook and offered a $5,000 payment for anyone who could obtain a strand of Hillary Clinton's hair during her book tour. He has been in prison ever since.