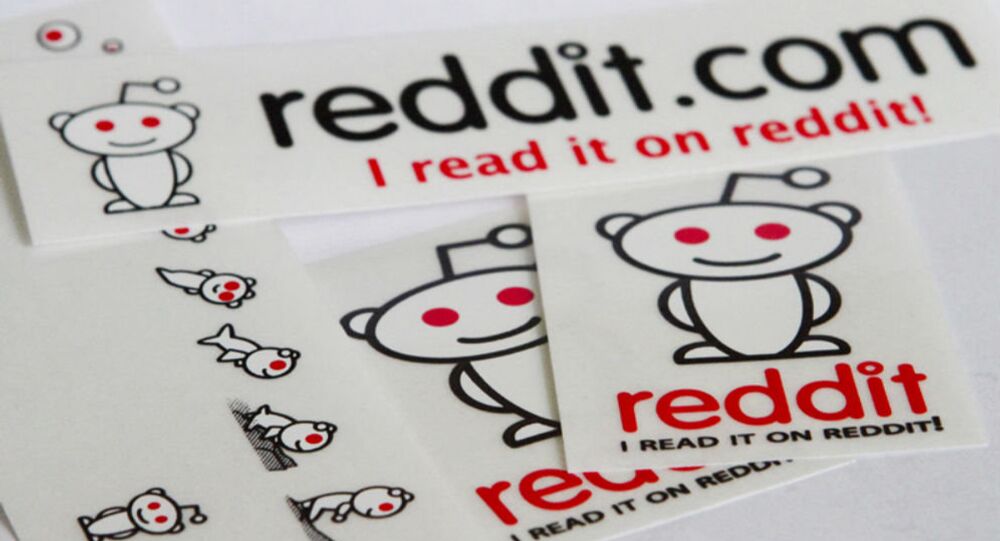 MOSCOW (Sputnik) - Steve Huffman, the co-founder and CEO of the Reddit content sharing website, said that the website had become a part of the investigation into Russia's alleged meddling in the 2016 US presidential election.

"In the past couple of weeks, Reddit has been mentioned as one of the platforms used to promote Russian propaganda. As it’s an ongoing investigation, we have been relatively quiet on the topic publicly, which I know can be frustrating," Huffman wrote Monday in a post on his Reddit account.

Huffman noted that the site had not placed any Russian advertisement before or after the 2016 election except for spam and initial coin offerings (ICOs), adding that all the advertisements from Russia had been blocked at the moment.

According to the Reddit CEO, accounts that might have been used to promote Russian propaganda are being removed.

© AP Photo / Ben Margot
Dems Urge Facebook, Twitter to Probe Alleged Russian Tracks in FBI Memo Release
"As for direct propaganda, that is, content from accounts we suspect are of Russian origin or content linking directly to known propaganda domains, we are doing our best to identify and remove it. We have found and removed a few hundred accounts, and of course, every account we find expands our search a little more. The vast majority of suspicious accounts we have found in the past months were banned back in 2015–2016 through our enhanced efforts to prevent abuse of the site generally," Huffman stated.

Soon after US President Donald Trump assumed office, media reports about Russia's allegedly having supported Trump's presidential candidacy through social networks emerged. The claims, nevertheless, have never been supported by real evidence. Such media platforms as Facebook and Twitter undertook to cooperate with the inquiry into Moscow's alleged meddling in the election and Trump's team collusion with Russia. The testimony of the representatives of Twitter, Facebook and Google then proved the absence of evidence in support of claims about the Russian state's interference in the US election.

Moscow has repeatedly denied the allegations of collusion with Trump campaign and meddling in the US democratic process. Russian officials have called the allegations groundless and said that they were invented to deflect opinion from other pressing issues.