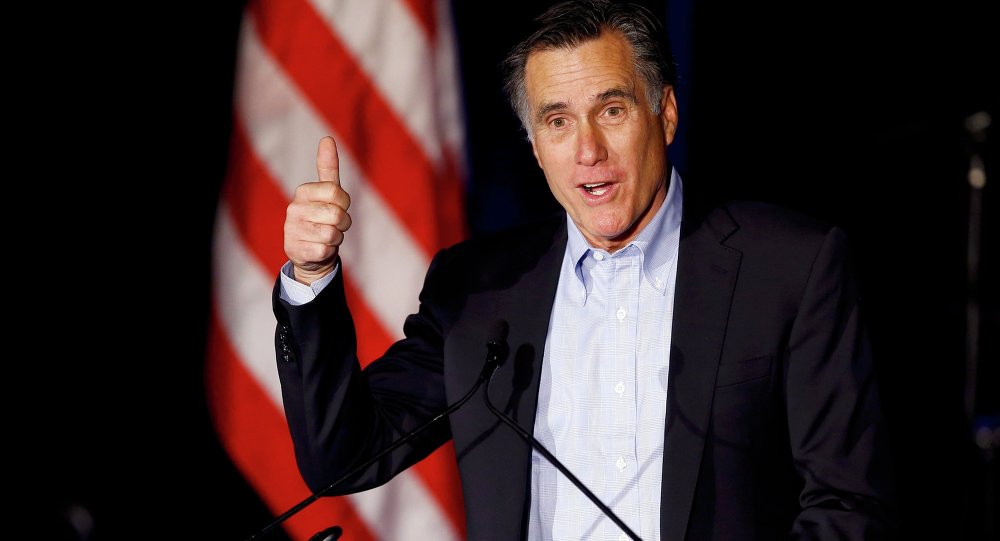 Steele wrote a memo in November 2016 claiming that a "senior Russian official" confided that the Kremlin intervened to block Trump from choosing Romney, his initial choice for the post, the New Yorker reported.

Steele's memo said Moscow asked Trump to instead appoint someone who would lift Ukraine-related sanctions against Russia, the report said.

The White House told The New Yorker that Romney was never Trump's first choice for secretary of state, while Romney declined to comment.

© AP Photo / Victoria Jones/PA
Republican Senators Call for Criminal Investigation Into Dodgy Dossier Author Christopher Steele
Steele was hired by the US research firm Fusion GPS to investigate Trump's alleged links to Russia as part of the Democratic Party's opposition research during the 2016 election. The White House has denounced all of the allegations in the dossier.

Russia has denied allegations that it interfered in the 2016 presidential election, calling the accusations "absurd."