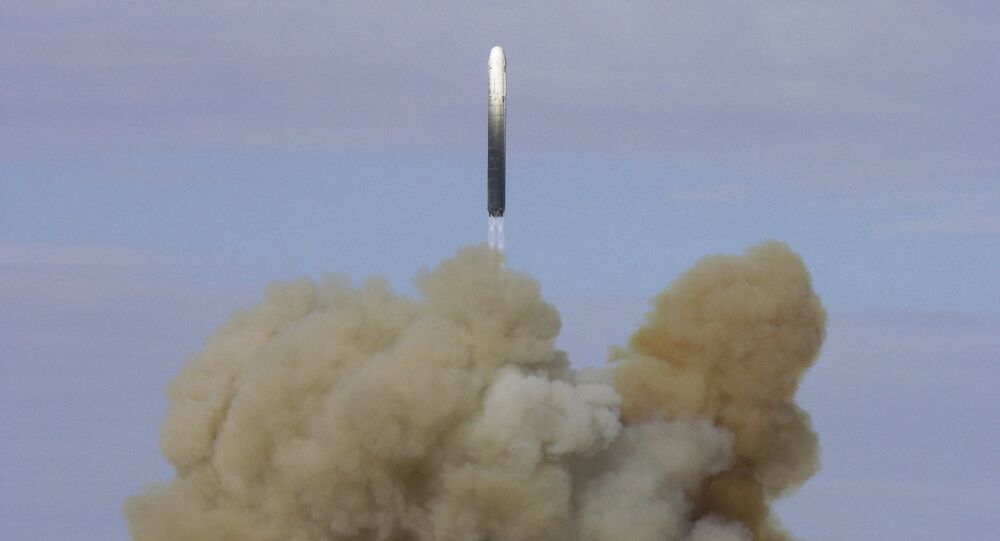 "The leaders… shared their serious concerns over Russian President Vladimir Putin’s recent statements on nuclear weapons development, which they agreed detract from productive discussion of a range of issues between Russia and the West," the White House said.

On Thursday, Russian President Vladimir Putin said in his address to the parliament that Moscow had developed a number of advanced weapons, including intercontinental underwater drones and nuclear-powered cruise missiles. He stressed that Russia does not violate arms treaties and does not plan to attack anyone.

Trump had separate phone conversations with Merkel and Macron on Thursday. The three leaders also discussed the situation in Syria and the implementation of the recent UN Security Council resolution on establishing ceasefire across the country, according to the release.

© Sputnik / Grigory Sisoev
Absurd 'Isolation': Russia Cooperates With Dozens of States in Defense Industry
"Both Chancellor Merkel and President Macron agreed with President Trump that the Syrian regime, and its Russian and Iranian supporters, should immediately and fully implement United Nations Security Council Resolution 2401, which calls for an immediate ceasefire across Syria," the release said.

The European leaders also called on Russia "to stop bombing East Ghouta, to compel the Assad regime to halt offensive operations against civilian areas, and to hold Syria accountable for the deteriorating human rights conditions in East Ghouta," according to the release.

On February 24, the UNSC unanimously adopted a resolution that urges all conflicting parties to immediately stop all hostilities and adhere to a long-term humanitarian pause across Syria in order to ensure the safe and unhindered delivery of humanitarian aid, as well as medical evacuation of those injured. The ceasefire does not apply to ongoing military operations against the Daesh terrorist group or al-Qaeda and its affiliates.

Russia proposed an initiative of organizing a five-hour daily humanitarian pause to ensure humanitarian supplies and evacuations from the area. However, militants, operating in Eastern Ghouta continue shelling and prevent the humanitarian operations from being implemented.