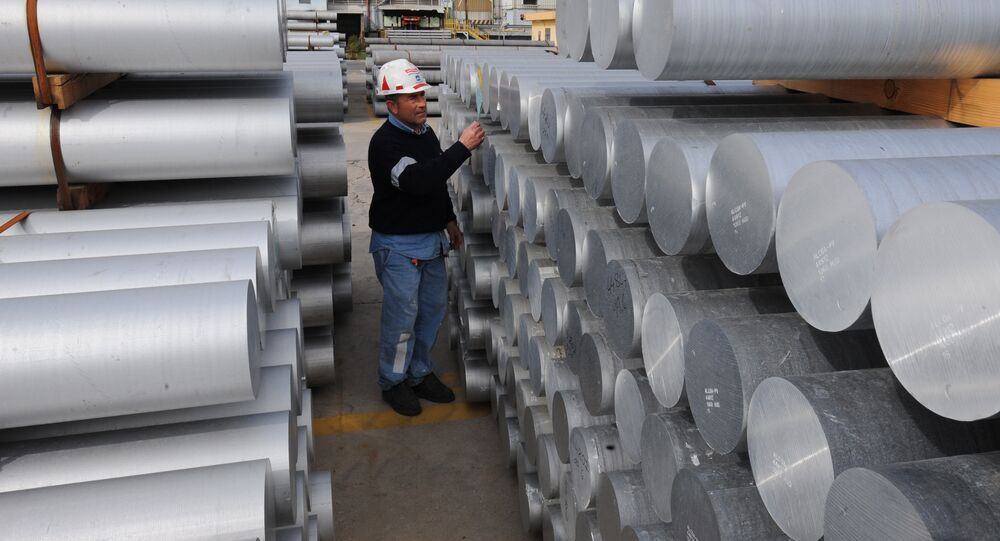 WASHINGTON (Sputnik) – President Donald Trump's plans to impose tariffs on steel and aluminum would likely hurt both the US and world economies, International Monetary Fund (IMF) spokesman Gerry Rice said in a statement on Friday.

"The import restrictions announced by the US President are likely to cause damage not only outside the US, but also to the US economy itself, including to its manufacturing and construction sectors, which are major users of aluminum and steel," Rice said.

Instead, the United States and its trading partners should "work constructively together to reduce trade barriers and to resolve trade disagreements without resort to such emergency measures," Rice said.

Trump on Thursday said the United States had been treated unfairly by other states in bilateral trade and would therefore introduce next week 25 percent import tariffs on steel and 10 percent tariffs on aluminum to address the issue.