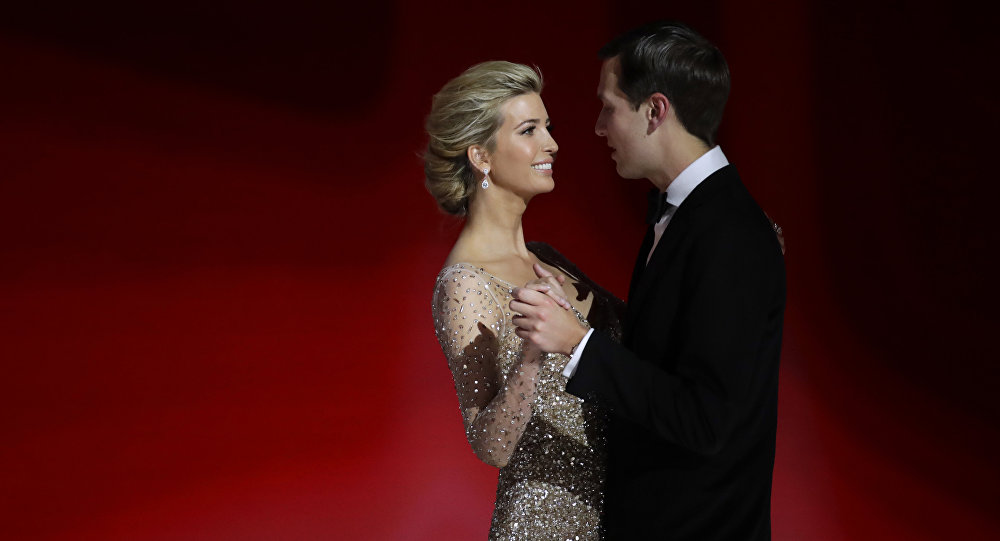 MOSCOW (Sputnik) - US President Donald Trump wants his daughter Ivanka and her husband Jared Kushner to leave the White House, notwithstanding the fact that he keeps telling them that they should continue being a part of the presidential administration, The New York Times reported Friday.

According to the newspaper, a number of Trump's advisers have expressed their dissatisfaction with the fact that Kushner and his wife still had their job, despite the president indicating that they should resign.

The media outlet added, citing several other Trump advisers, that the president had told his eldest daughter and her husband that they should continue working at the White House even though he had asked White House Chief of Staff John Kelly to assist him in getting them to resign.

Ivanka and Kushner reportedly hold a grudge against Kelly, who they consider an obstacle to the president's success. The pair also believes that the chief of staff is against their presence in the White House, according to the newspaper.

Another sign Trump’s tight grasp on power is loosening: first, the generals turned on him to take down Kushner (and probably Ivanka), and now even feckless Jeff Sessions is talking back. https://t.co/c5EPyDEIlS

​Following Trump's victory in the 2016 election, his daughter and her husband became part of the presidential administration.

On Tuesday, US media reported that Kushner's security clearance was downgraded from Top Secret/SCI-level to Secret level due to procedural changes made by Kelly.

President Trump today twice noted that Jared Kushner / Ivanka Trump are not taking pay for their White House work. A good occasion to remember the rule: “If you’re not paying for the product, you are the product."

​Commenting on the issue, White House Spokeswoman Sarah Sanders said that Kushner would continue to play a significant role in the presidential administration. Trump said that he considered the crackdown on Kushner groundless, but the issues related to security clearance were Kelly's responsibility.