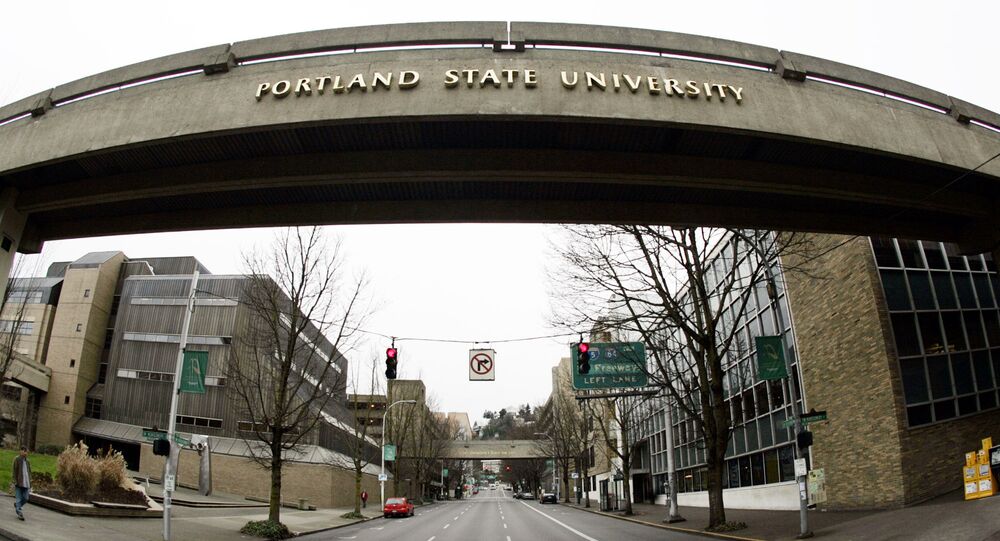 One of the activists, on the way out of the lecture, even damaged the sound equipment to further thwart discussion but was later apprehended by Portland State University’s security. A fellow professor noted that if people can’t have such talks at a university, they won’t be able to have them anywhere.

When professor of biology Heather E. Heying began her speech on the differences between men and women and diversity at Portland State University, she probably didn't expect her words to cause such a severe reaction among some of the students. First students started to leave when she said that being offended by the fact that men and women are biologically different, means rejecting reality, but the real "exodus" of those who disagreed started when Heying, describing the physiological differences, noted that even the brains of two genders are different.

One of the leaving students even damaged the sound equipment in protest. Her fellow student noted that "you should not listen to fascism" and that "Nazis are not welcome in civil society."

Despite the broken equipment the discussion continued to the applause of those who remained. Professor Heying's colleague noted that despite the fact no one can hold someone hostage to discourse,  it is important that issues like this are discussed at universities because otherwise they won't be discussed at all.