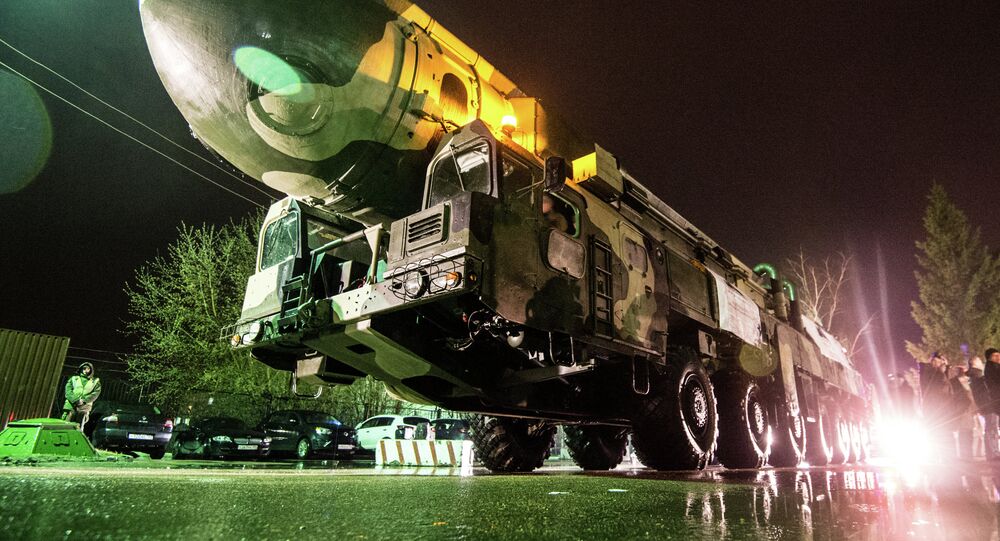 "Apparently, the US State Department is poorly proficient on the subject. Putin spoke about strategic armaments that are not subject to the limitations of the INF treaty…. We would like to recall that we consider the accusations against us regarding the 'violation' of this treaty groundless," Antonov said in a statement.

The accusations are backed up neither by technical specifications of the launcher, which are allegedly not in accordance with the treaty, nor by flight telemetry data, Antonov noted.

"I would like to stress once again that Russia, while developing its nuclear potential, has not violated any agreement in the sphere of disarmament and arms control. Everything that is done by the Russian Defense Ministry and Russian defense industry is in strict accordance with our international obligations," the ambassador stressed.

The diplomat recalled that Moscow has repeatedly urged Washington to discuss the issue professionally.

© AP Photo / Alex Brandon
Animation of Discord: US State Department Offended by Video Aired During Putin's Speech
"We have warned more than once and warn again that the destruction of the INF treaty would be a heavy blow to the arms control and non-proliferation regime…. At the same time, we have serious concerns about the fulfillment of the treaty terms by the United States," he stressed.

Putin's address to the parliament on Thursday broke a record in terms of duration, having lasted for one hour and 57 minutes. It was for the first time accompanied by a multimedia presentation which showed the tests of Russia's most modern weapons.

Earlier, US State Department Spokesperson Heather Nauert had claimed that Putin’s address to the parliament confirmed that Moscow had been developing weapons in violation of its treaty obligations, including under the INF treaty.

The 1987 INF Treaty envisages the destruction of ground-launched ballistic and cruise missiles with ranges of between 500 and 5,500 kilometers (from 311 to 3,317 miles), their launchers and associated support structures and support equipment. The United States and Russia have repeatedly accused each other of violating the treaty.