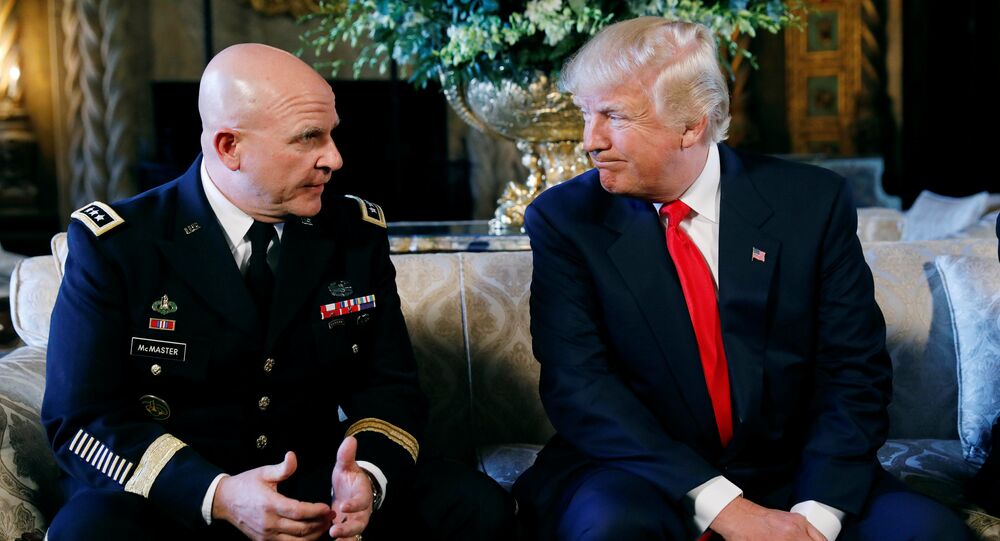 WASHINGTON (Sputnik) – US National Security Adviser H.R. McMaster is expected to leave his position by April after clashing repeatedly with President Donald Trump, US media reported.

McMaster had no close ties to Trump before he was appointed in February 2017 and chose to remain a serving three star lieutenant general in the US Army. There have been many reports of Trump being angered by some of his ultra-hawkish statements, the report said.

One of many remarks that drew the president's quick rebuke was McMaster's comment at a forum in Germany that Russian meddling in the US election was "incontrovertible," according to the report.

Meanwhile, Ford Motor Company Vice President Stephen Biegun is reportedly regarded as a leading candidate to succeed McMaster. He worked on the National Security Council from 2001 to 2003 under then-National Security Adviser Condoleezza Rice.

"I was just with President Trump and H. R. McMaster in the Oval Office. President Trump said that the NBC News story is ‘fake news,’ and told McMaster that he is doing a great job," Anton told reporters on Thursday.

Earlier in the day, the media outlet had reported that McMaster was expected to leave office by the end of April and that Secretary of Defense James Mattis and White House Chief of Staff John Kelly wanted him out.

The report and Trump's reported reaction to it came a day after White House Director of Communications Hope Hicks announced her own resignation.

US Strategy Regarding Iran Has to Change Fundamentally - McMaster