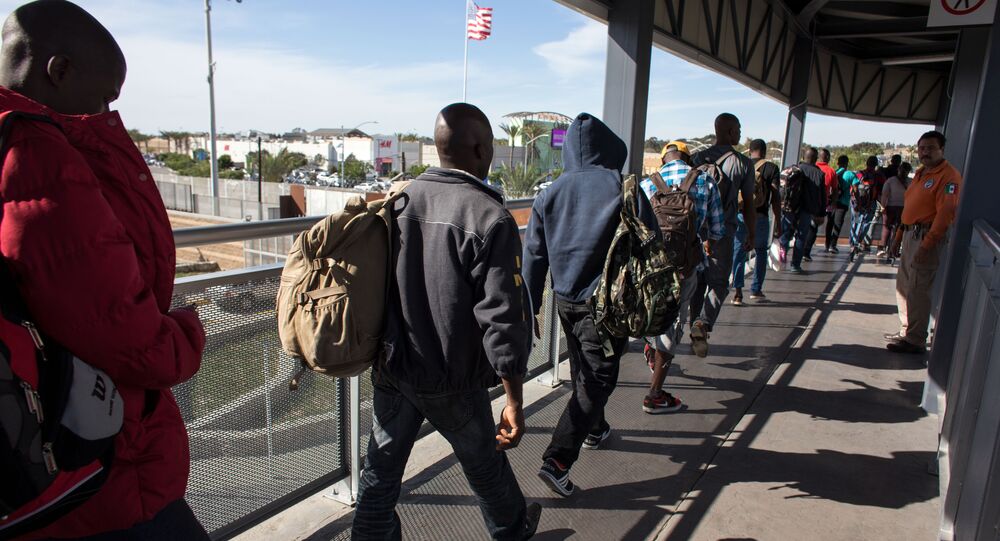 WASHINGTON (Sputnik) - The US Department of Justice is examining an incident in which Oakland, California Mayor Libby Schaaf warned illegal aliens of impending raids, allowing more than 800 with criminal convictions to flee, acting Director of US Immigration and Customs Enforcement (ICE) Chief Tom Homan said in an interview on Wednesday.

"The department of justice is reviewing the incident and we’ll see what they come back with," Homan told Fox News when asked whether Schaaf could be charged with obstruction of justice. "What she did is no better than a gang lookout yelling 'police' when a police cruiser comes in the neighborhood, except she did it for the entire community."

On Sunday, Schaaff announced on television that ICE was planning an enforcement roundup in northern California. California and the city of Oakland have declared itself "sanctuaries" for illegal aliens and refused to cooperate with federal immigration authorities.

© AP Photo / Andrew Harnik
‘Pure Racism’: California Joins Fight Against Trump’s Immigration Vendetta
"She [the mayor] gave them warning and there are 800 that we are unable to locate because of that warning so that community is a lot less safe than it would have been," Homan said.

The Oakland-area roundup began on Sunday night and ended on Tuesday, with the arrest of 150 illegal immigrants, according to published reports.

Homan noted that that the vast majority of illegal immigrants targeted by ICE for deportation have been convicted of crimes since entering the United States.

For example, of 20,000 illegals arrested by ICE in California last year, 81 percent had been convicted of crimes and of several hundred recently arrested in Southern California, 88 percent had criminal convictions, according to Homan.