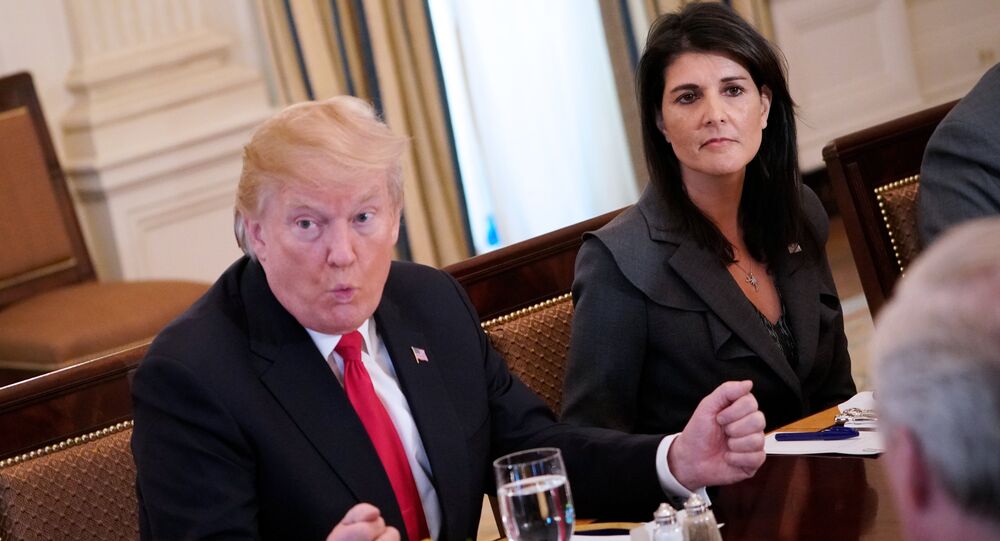 WASHINGTON (Sputnik) - The United States considers Russia the major threat to the country and sees North Korea as the most uncertain danger, commander of US Strategic Command Gen. John Hyten said on Wednesday.

“I think Russia is the most significant threat just because they propose the only existential threat to the country right now,” Hyten said. “I think Korea is the most uncertain threat, the most dangerous near-term threat.”

Regarding North Korea, Hyten conceded that good things appear to be happening on the Korea Peninsula but said it remains to be seen what will happen after the Winter Olympics come to an end.

The STRATCOM chief pointed out that Russia and China pose uniquely different problems to the United States.

“It is interesting that our adversaries are concerned about threats from THAAD (the Terminal High Altitude Area Defense), or threats from Aegis Ashore. Those capabilities are not built against their capabilities, they are not,” Hyten explained. “The way that we deter Russia and China are with other elements of the capabilities under my command. That’s why it’s not one answer fits all.”

Hyten said deterrence in the 21st century has to be looked at in a multi-polar way and in a multi-domain way.

The same ideas have been presented in the recently released US Nuclear Posture Review (NPR), claiming that Russia was developing at least two intercontinental range nuclear weapons systems, a hypersonic glide aircraft, and a new nuclear-armed undersea torpedo, as part of its strategic weapons buildup. To counter this threat, the US military plans to quickly develop and deploy sea-launched nuclear missiles to ensure a "prompt response option."

US Northern Command (NORTHCOM) and North American Aerospace Defense Command (NORAD) head General Lori Robinson said earlier in February that Russia is the only nation capable of posing an "existential threat" to the United States and Canada.

Tensions on the Korean Peninsula escalated in 2017 after North Korea conducted several ballistic missile launches and a nuclear test in violation of UN resolutions.

But the Winter Olympics, which wrapped up in South Korea’s Pyeongchang on Sunday, marked a period of increasing rapprochement between Seoul and Pyongyang.