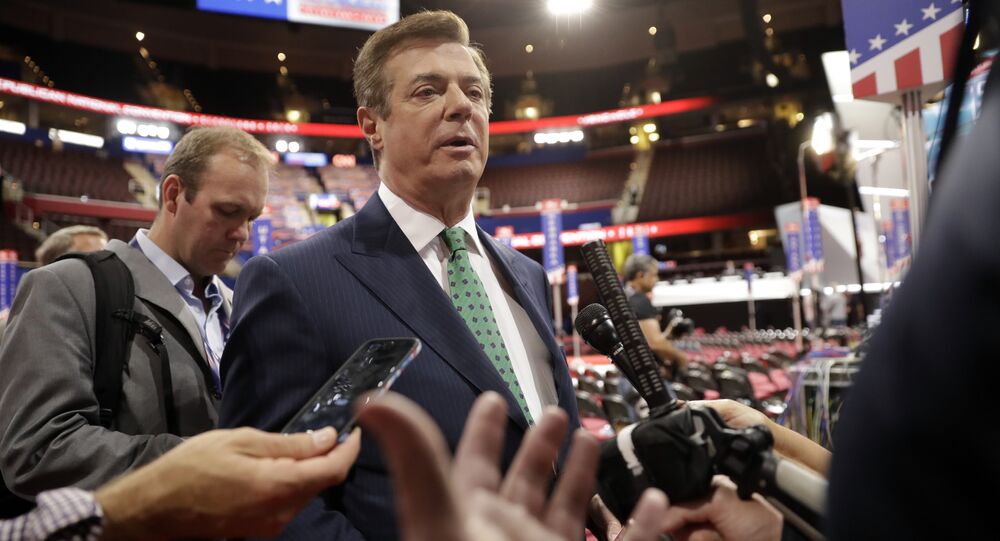 Former Trump campaign manager Paul Manafort declared not guilty to the latest charges of conspiracy and money laundering filed by US Special Counsel Robert Mueller, US media reported on Wednesday. Robert Mueller suggested setting a trial for May 14, yet US District Court Judge Amy Berman Jackson decided to postpone the date.

© REUTERS / Brendan McDermid
New Superseding Indictment: Manafort Secretly Paid European Politicians to Lobby for Ukraine
Manafort is facing two separate indictments on an array of charges, including conspiracy to launder money, filing false tax returns and failing to register as a foreign agent due to lobbying for the pro-Kremlin Ukrainian government of former President Viktor Yanukovych.

Last week, Special counsel Robert Mueller, who is investigating claims that the Trump team cooperated with Russia during the 2016 election, filed new charges against Manafort, accusing him of paying big sums of money to a group of high-ranking EU lawmakers on behalf of the Party of Regions of Yanukovich so that they can "take positions favorable to Ukraine, including by lobbying in the United States."

Manafort, with the help of Gates, "laundered" more than $30 million and, in particular, has reflected the intake of more than $10 million in profits from Cypriot companies in the form of a loan, the indictment says. The charges have been brought on counts of "bank fraud" and "knowingly filing a false tax return."

READ MORE: Ex-Trump Aide Gates Charged With Conspiracy Against US Amid Russian Probe

Gates went to the deal with the investigation and, probably, will spend a limited period of time in prison in exchange for a confession of guilt. Manafort refused rejected the deal.

The FBI and the Justice Department are investigating alleged links between the Trump campaign and Moscow under the guidance of former FBI Director Robert Mueller. The US president and Russian officials have denied the allegations of any such cooperation.