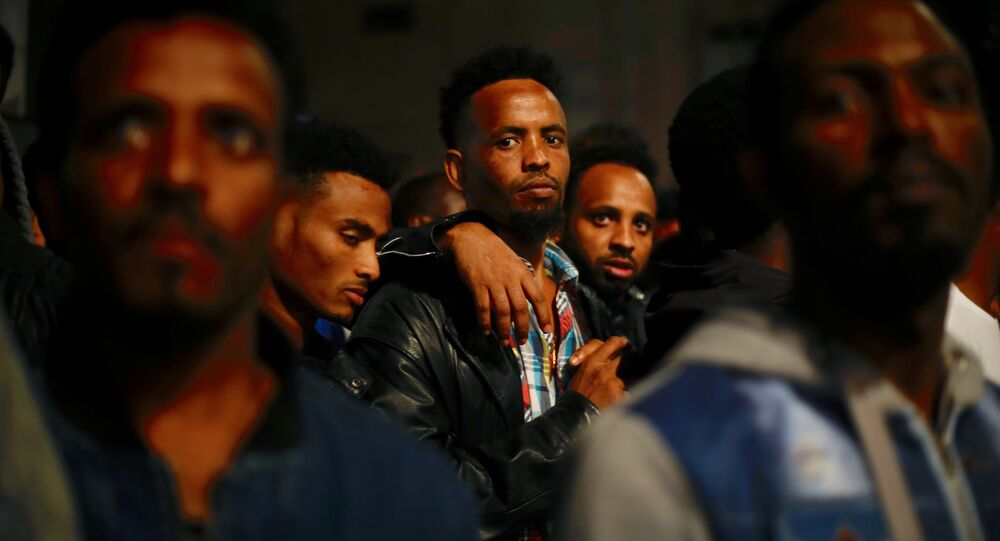 NEW YORK (Sputnik) - Asylum seekers and immigrants in the US state of New Jersey are being held in unsanitary and inhumane conditions in facilities that lack clean water or health services, Human Rights Watch said in a report released on Tuesday.

"The conditions in immigrant detention facilities are harsh and often inhumane. Detained immigrants — held under civil, not criminal, authority — are forced to endure a range of hardships, from dirty drinking water to harassment to solitary confinement," the report said. "Many also receive inadequate medical and mental health care."

While the prolonged detention of immigrants has been a long-standing problem in the United States, the conditions in the facilities have deteriorated over the years, the researchers found.

US President Donald Trump's administration has adopted the harsh approach of keeping asylum-seekers and migrants in detention for the duration of their proceedings.

The researchers, who were joined on their visits by health and legal professionals, concluded in their report that the detention centers suffer from conditions similar to those found in US correction facilities, including racism, discrimination, and harassment from staff.

The report slammed the "prolonged and unnecessary" detention of immigrants due to lack of viable release mechanisms, such as parole, which in turn harms migrants' chances of securing relief from deportation.