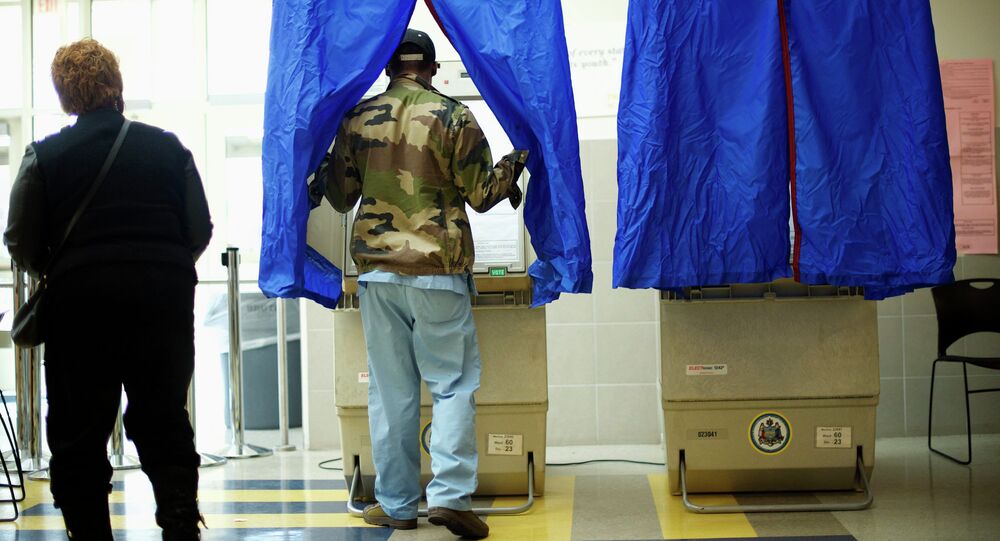 WASHINGTON (Sputnik) - A computer glitch linking drivers' licenses to voter registration in the US state of Pennsylvania has resulted in 100,000 non-US citizens being eligible to cast votes in national elections, according to a lawsuit filed by the Public Interest Legal Foundation (PILF).

"A core concern for the lawsuit stems from a report by City of Philadelphia Commissioner Al Schmidt to the Pennsylvania Assembly in 2017, which detailed how a DOS/PennDOT study of noncitizen driver’s license holders matched records belonging to roughly 100,000 current voters in the statewide registration database," a press release announcing the lawsuit said on Monday.

© REUTERS / Jonathan Drake
Mountain out of Molehill: Assange Sees No Tangible Russian Meddling in US Vote
The lawsuit is demanding access to the records from the Pennsylvania Department of State (DOS) and PennDOT (Department of Transportation) that were used in compiling the 2017 report, the release explained.

"For months, Pennsylvania bureaucrats have concealed facts about noncitizens registering and voting — that ends today," PILF President and General Counsel Christian Adams said in the release. "Before this lawsuit, the State admitted to a ‘glitch’ that exposed thousands of driver’s license customers to voter registration offers despite their noncitizen status since the 1990s."

The release made no attempt to estimate how many of the purported noncitizens actually cast ballots.

The lawsuit was filed in the United States District Court for the Middle District of Pennsylvania, according to the release.

Shooting at Car Wash in US Pennsylvania: Five Killed, One Injured - Reports