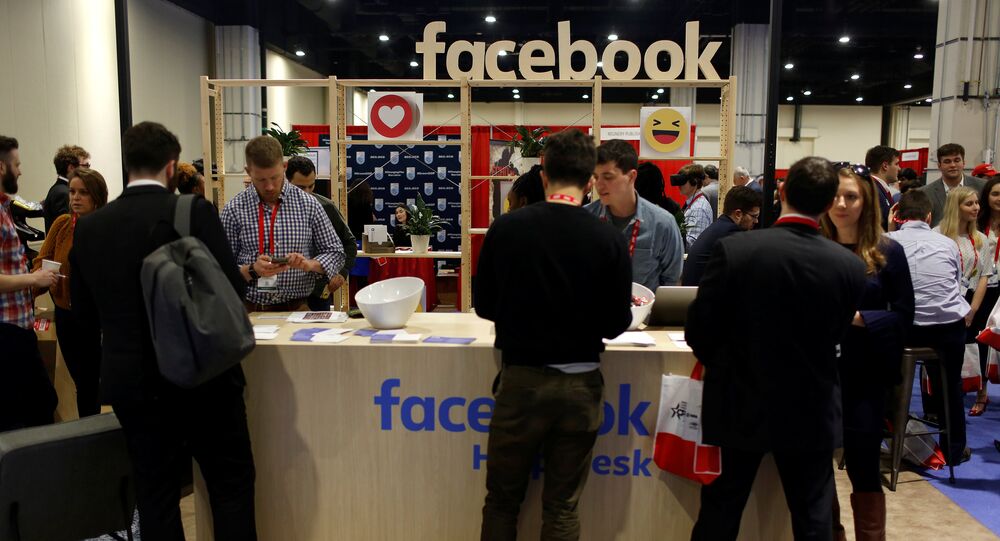 Social networking giant Facebook is facing a wave of criticism after presenting a demo version of its virtual reality shooting game at a conservative conference in the US mere days after a deadly killing spree struck a Florida school.

Facebook has once again attracted scrutiny after making an appearance at, and evidently sponsoring, the Conservative Political Action Conference in Maryland, which was attended by representatives of the National Rifle Association and US President Donald Trump himself.

This year, however, the company booth at the conference also featured, among other products, a demo version of Facebook’s latest Oculus shooting game – a fact that did not sit well with many, considering that the event is taking place only about a week after a shooting spree at Marjory Stoneman Douglas High School in Florida claimed 17 lives.

Facebook is at CPAC and they have a VR shooting game pic.twitter.com/wmV23jezpN

​In light of this development, Facebook quickly removed the game from its booth while Hugo Barra, the company Vice President for VR, apologized for not doing it sooner, arguing that Facebook demos come with “a standard set of content” and that some of these action games do contain violence.

We removed the demo & regret failing to do so at the start. We got this wrong. Our demos come w a standard set of content, some are action games w violence. These shouldn't have been present, especially in light of recent events & out of respect for the victims & their families.

​A considerable number of people, however, were not pleased by this occurrence and took to social media to express their emotions.

Why TF is Facebook at CPAC in the first place?

Zuckerberg: "We want to give people the power to build community and bring the world closer together."

Facebook marketing: "Okay, let's sponsor the hateful kooks at CPAC, put our logo next to the NRA's and install an Oculus shoot'em up in our booth."

I've been waiting for one last straw before closing my Facebook account. This VR Shooting Game at CPAC is it.#boycottfacebook

I just close my Facebook account. I saw a photo of them with a booth at CPAC-final straw. The dark side of tech