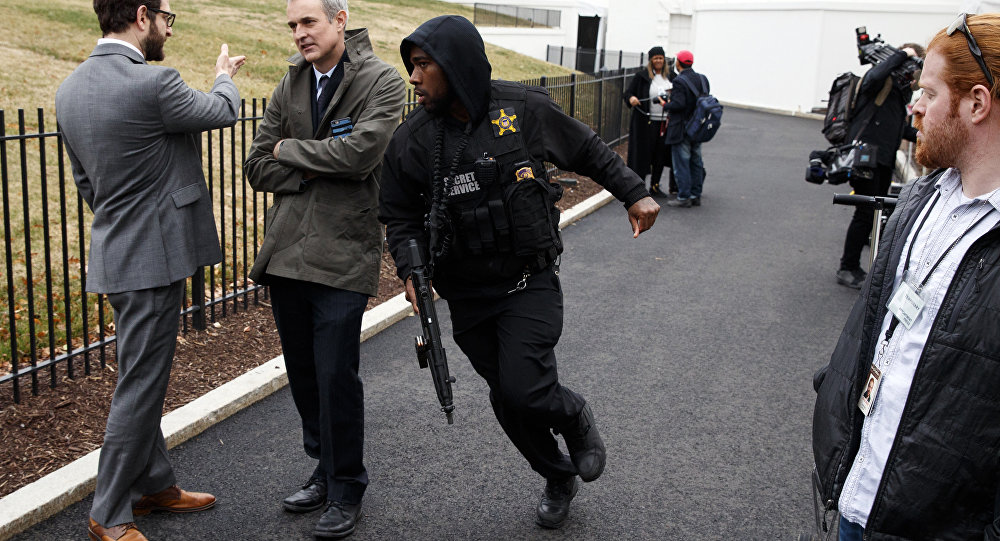 A white van slammed into a security barrier a few blocks from the White House on Friday afternoon, prompting the Secret Service to put the White House grounds on lockdown. The driver was immediately apprehended, and no injuries were reported.

After the incident, it was revealed that the driver was a 35-year-old woman the Secret Service has had several previous run-ins with, and has arrested multiple times. AP reports that she is a resident of La Vergne, Tennessee. She was charged again Friday with a number of criminal violations.

The "vehicle did not breach the security barrier of the White House complex," Secret Service said in a statement. A White House statement added that no shots were fired, but the back window of the car was broken.

The Secret Service Uniformed Division, a police force that defends the White House and other facilities, apprehended the driver. Reports have characterized her as having "mental issues."

​The ramming occurred at 17th and E, closer to the Eisenhower Executive Office Building adjacent to the White House rather than the White House proper. The EEOB includes the offices of US Vice President Mike Pence, among other offices. The security barriers around the grounds are large and highly visible.

The view down 17th Street after Secret Service reports a car crashed into a barrier on perimeter of White House complex. pic.twitter.com/ClhtIoTKHF

This is the first security breach of the White House since March 2017, when a man ran onto the grounds and was subsequently arrested.

White House Blasts Democrats, US Media for Creating 'Chaos' in the Country

White House Tells US Federal Agencies to Prepare for Shutdown