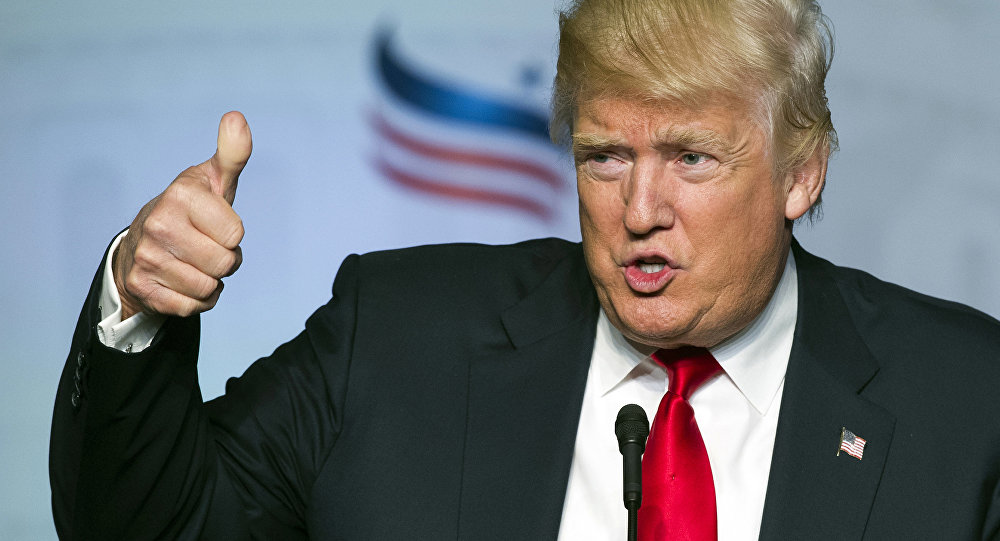 The US president is set to announce new sanctions against 56 vessels, trade entities, and shipping companies that are aimed at maximizing pressure on Pyongyang, which has recently held talks with Seoul to ease the ever-growing tensions on the Korean peninsula and sent its athletes to the 2016 Winter Olympics in South Korea's Pyeongchang.

More than 50 trade businesses and shipping companies are targeted by the new set of restrictions for assisting the DPRK and evading sanctions, according to the report. Eighteen of the shipping companies and vessels were sanctioned for coal exports from North Korea and the engagement in ship-to-ship transfers of petroleum products prohibited by UN sanctions. 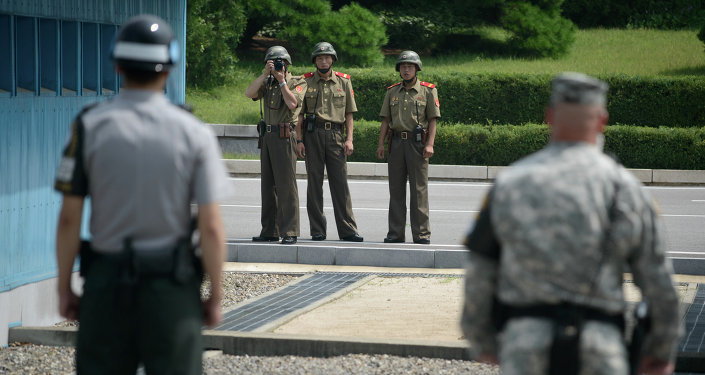 © AFP 2019 / Ed Jones
State Department: US Ready to Hold Talks With North Korea
The rest 16 shipping companies that have 19 vessels were from North Korea and were sanctioned for being a part of the DPRK's transportation industry.

US Treasury Secretary Steve Mnuchin said following the release of the sanctions list that Washington will keep sanctioning North Korea in order to keep a focus on Pyongyang's actions. He also noted that the US is prepared to sanction Russian vessels for conducting trade with North Korea.

"We are working on Russia sanctions. I can assure you that it is in a process," Mnuchin told reporters at the White House. "I will be back here within the next several weeks to talk about that."

Prior to the announcement, a White House pool report containing the excerpts of President Trump's speech on the new sanctions was made public earlier in the day.

"I am announcing that we are launching the LARGEST-EVER set of new sanctions on the North Korean regime," an excerpt of Trump's speech reads.

The new round of sanctions comes amid a thaw in relations between the two Koreas with the two states agreeing to hold a summit to soothe tensions and the DPRK sending its delegation and athletes to the ongoing Winter Olympic Games.

Speaking after the comeback of the DPRK's delegation from Pyeongchang, North Korean Leader Kim Jong-un said he would like to strengthen the "warm climate of reconciliation and dialogue" with South Korea.

© AP Photo / Charlie Riedel
Athletes from North and South Korea wave Korean unification flags as they walk on stage during the opening ceremony of the 2018 Winter Olympics in Pyeongchang, South Korea, Friday, Feb. 9, 2018

It has been several months since North Korea conducted the latest test. The DPRK has faced several rounds of sanctions over its nuclear and ballistic missile tests, conducted in violation of the UN Security Council's (UNSC) resolutions.

In August, the UNSC imposed sanctions on Pyongyang targeting exports of coal, iron ore, lead and seafood from the Asian nation to the UN member states. In December, new sanctions against North Korea were imposed over the country's continuing missile tests.