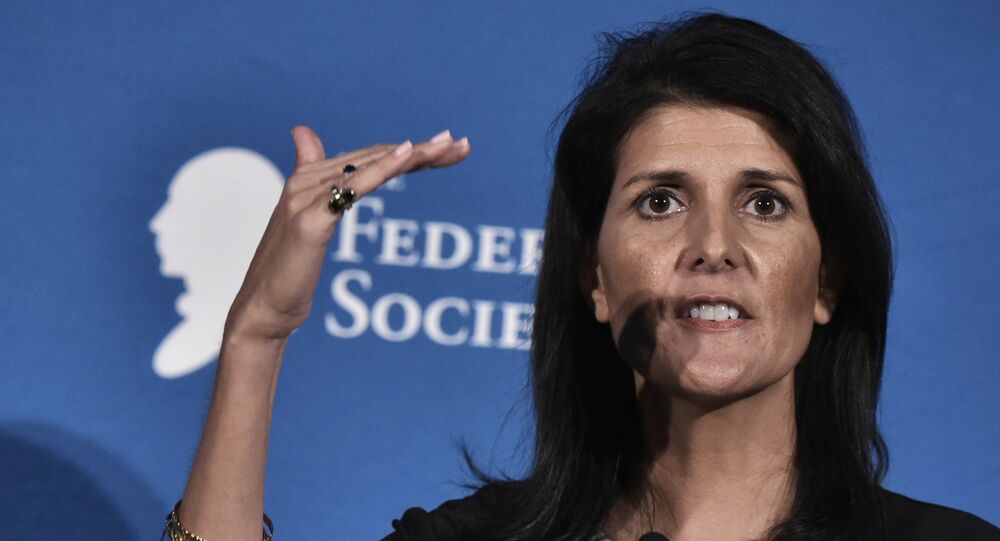 © AFP 2021 / Jewel SAMAD
Russian UN Envoy Mocks Nikki Haley: 'I Think She Likes Russia'
Also, earlier Haley suggested that the US was the "moral conscience of the world," saying that she would work to make the organization a tool for promoting American values.