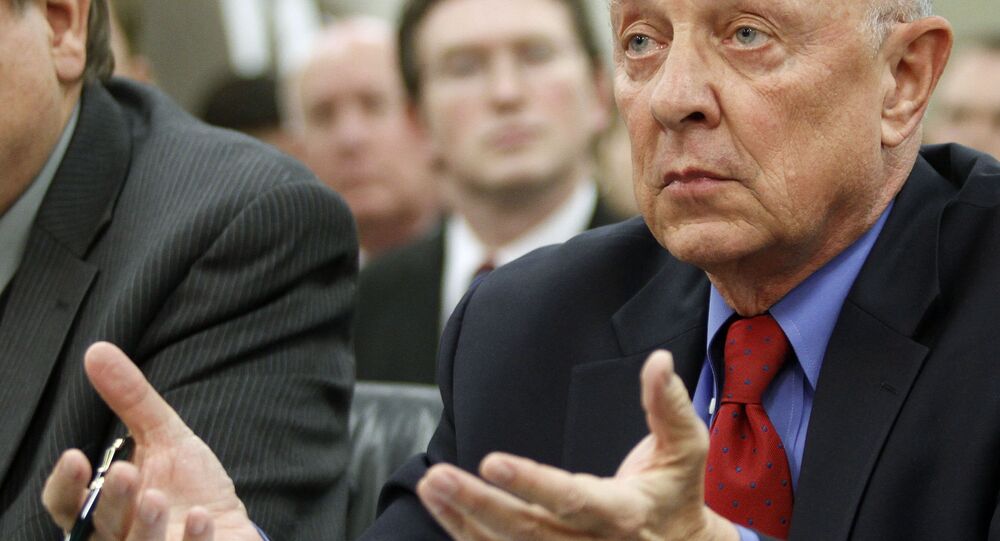 On Friday, a former CIA director speaking on American television suggested that the US meddles in the elections of other countries. The top US security official’s observation follows a federal indictment of multiple Russians accused of allegedly interfering in the 2016 US presidential election.

When asked whether the US meddles in the elections of other nations, ex-CIA director James Woolsey said "probably," and added, "only for a very good cause in the interests of democracy."

"Oh, probably, but it was for the good of the system in order to avoid communists taking over," Woolsey, who served as CIA director under former US President Bill Clinton, told Fox News.

© REUTERS / Larry Downing
Ex-CIA Chief of Russia Ops: US Has Carried Out Election Meddling Historically
Woolsey's comments come after 13 Russian individuals and three Russian-linked groups were federally indicted on Friday for allegedly meddling in the 2016 US presidential election.

On Saturday, the Russian embassy to the United Kingdom quoted Woolsey in a tweet, adding the comment: "Says it all."

Although the US intelligence community claims that Russian meddling in the US election began in 2014, Moscow denies any interference.

Lawmakers on Capitol Hill have urged further investigation into Russia's alleged election meddling as a means of preventing what they claim would be similar future interference by unknown actors, according to The Hill.