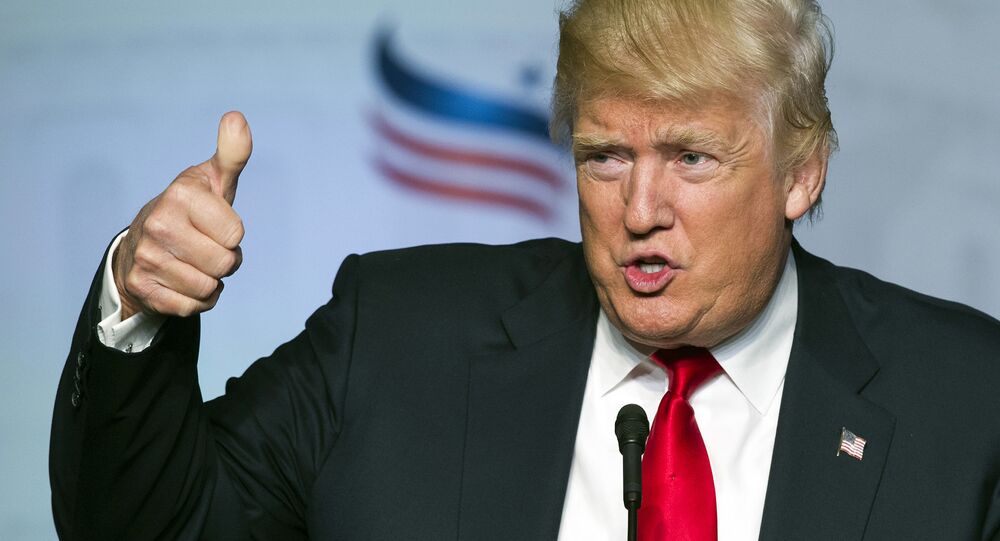 Following the indictment of 13 Russian nationals and three entities over the alleged attempts to influence the 2016 presidential election campaign in the United States in favor of Donald Trump, the incumbent president has consistently tried to distance himself from allegations of collusion with Moscow.

Donald Trump made a statement on Twitter on Sunday, saying that he had never rejected the possibility of Russia meddling in the election process in America, adding the vote could also be hacked by China or any other hacker acting alone and one more time denying his campaign's alleged links to Moscow.

I never said Russia did not meddle in the election, I said “it may be Russia, or China or another country or group, or it may be a 400 pound genius sitting in bed and playing with his computer.” The Russian “hoax” was that the Trump campaign colluded with Russia — it never did!

In a separate tweet, the US president has commented on the ongoing investigations into the 2016 election interference, saying that the Russians "have succeeded beyond their wildest dream" if they tried to create "discord, disruption, and chaos" in the US.

If it was the GOAL of Russia to create discord, disruption and chaos within the U.S. then, with all of the Committee Hearings, Investigations and Party hatred, they have succeeded beyond their wildest dreams. They are laughing their asses off in Moscow. Get smart America!

The Justice Department revealed on Friday that the United States indicted the Russian nationals and entities for allegedly trying to interfere in the 2016 presidential election using fake personas. However, the Russian government has not been mentioned in the 37-page indictment.

Screenshot/Fox News
Russiagate Indictment by US Justice Department Is Still Pure Chatter
A White House spokesperson has stated Donald Trump saw the indictments as yet another vindication of the legitimacy of his election. In a Twitter address, he claimed that Moscow started an "anti-US campaign in 2014, long before I announced that I would run for President."

The Russian authorities have repeatedly denied the allegations of the interference in the 2016 US election, with Presidential spokesman Dmitry Peskov calling them completely baseless and President Vladimir Putin saying the US meddles in other country's political processes.