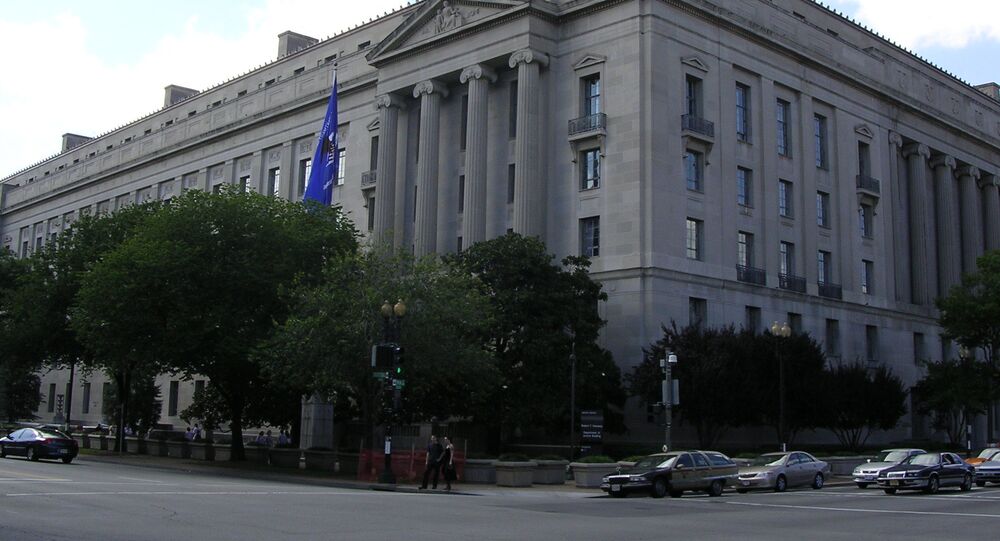 The United States has filed charges against 13 Russian individuals and three entities for purportedly breaking the law with the intention to meddle in the 2016 presidential election. The US deputy attorney general said that indictment includes no allegation that purported Russian meddling altered the outcome of the vote.

The office of US special counsel Robert Mueller issued an indictment against Internet Research Agency LLC, stating the Russian organization engaged in operations to interfere with the 2016 elections.

"The Internet Research Agency is a Russian organization whose goal is to interfere in elections and political processes," the indictment says. It is noted that the persons against whom charges are brought are employees of the organization.

"Defendants and their co-conspirators also used false US personas to communicate with unwitting members, volunteers, and supporters of the Trump Campaign," the document said.

"Starting in or around the summer of 2016, defendants and their co-conspirators also began to promote allegations of voter fraud by the Democratic Party through their fictitious US personas and groups on social media," the filing said.

According to US Deputy Attorney General Rod Rosenstein, who announced the indictment Friday afternoon, the indictment includes no allegation that the purported Russian meddling altered the outcome of presidential election.

Russian presidential spokesman Dmitry Peskov said that Kremlin is "not yet familiar" with US indictments for election meddling.

In 2017 the US Congress launched four separate probes into the alleged Russian meddling into the US elections, including investigations run by the Senate Intelligence and Judiciary committees and the House's Intelligence and Oversight panels. Russian authorities have constantly denied all the allegations, and Peskov called them "absolutely unsubstantiated."