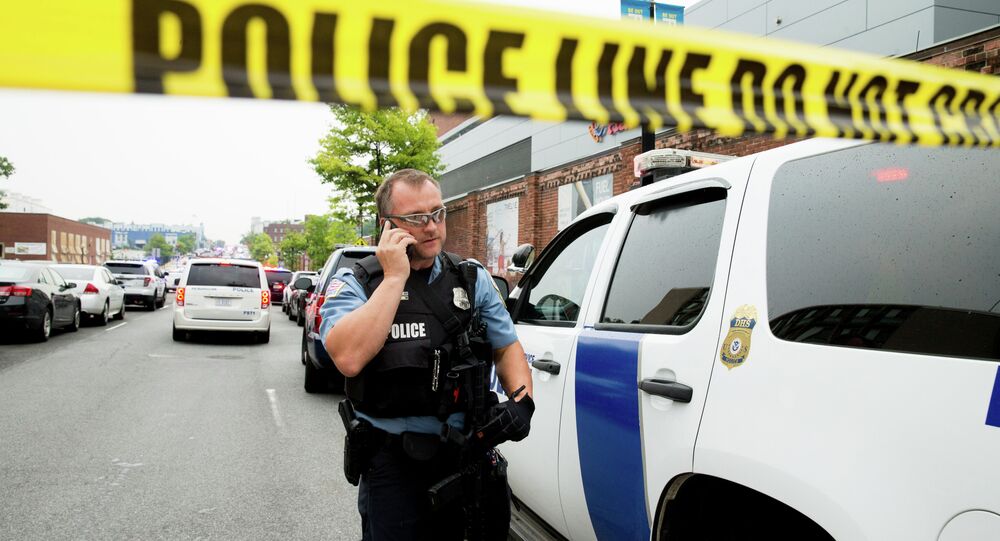 Police Responding to 'Reports of Gunfire on Campus' in Seattle (VIDEO)

Two days after a deadly shooting at a school in Florida, US police are dealing with a potentially violent crisis at Highline College in the state of Washington. There are no known victims so far, local emergency services say.

The college is under lockdown amid reports of gunfire, and all classrooms have been closed until further notice, and police are responding to the crisis, according to KIRO7. It is yet unclear whether there is an active shooter.

Founded in 1961, Highline College has about 17,000 students. It is located in Des Moines, Washington, about halfway between Seattle and Tacoma.

The college has confirmed that the lockdown is not a drill.

No victims have been reported so far.

There are no known victims at HCC

The situation is unfolding two days after 19-year-old Nikolas Cruz killed 17 people at a high school in southern Florida.

Developing: We just arrived at Highline College where police are responding to reports of shots fired. pic.twitter.com/8E7gpBj2Bs

The news has understandably caused a stir on social media. People are afraid another tragedy has taken place.

Oh look a potential shooting here in my state at #HighlineCollege

I hope it’s a false alarm and if it isn’t, no one is harmed.

So, another school in lockdown & children fearing for their lives.

Armed tutors would be the best protection & even deterrent in cases like this but off course the sheeple will call for gun control. Criminals dont heed gun laws, hence them being criminals!#HighlineCollege

The community college I went to is in lockdown with a potential active shooter. Prayer warriors and team swearing is requested. #HighlineCollege

Others believe the incident is nothing serious.

Highline College is fine. Looks like a false alarm, glad everyone is safe.

It’s probably all good at the Highline College Campus. Dumbass college kids trying to get out of class on a Friday so they can go spend their tuition money on beer and pot.

It is Des Moines after all. #GunControlNow

A video has appeared, allegedly showing students barricading a classroom from the inside.