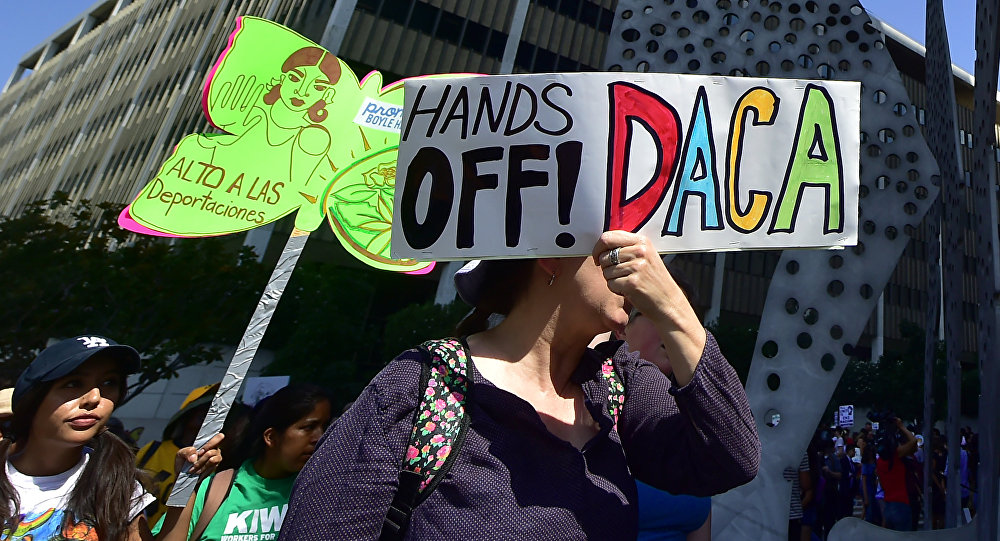 The Senate has failed to approve either of three competing proposals on protections for migrants – called "Dreamers" – who were brought to the country illegally as children. The Deferred Action for Childhood Arrivals (DACA) was to be phased out before March 5.

© Flickr / Cyril Attias
White House: US Senate Immigration Bill 'Ignores Lessons of 9/11'
"The Administration will continue advocating for an immigration package that includes border security, ending chain migration, cancelling the visa lottery, and a reasonable DACA solution… The next step will be for the House to continue advancing the proposal from Chairman Goodlatte and Chairman McCaul," it said.

The Goodlatte bill includes a three-year renewable legal status for "Dreamers" but no special path to citizenship.

It also proposes tougher border controls. Trump threatened to veto a bipartisan plan that allowed applying for citizenship within 10 to 12 years in exchange for $25 billion in funds for border security, including the southern wall.