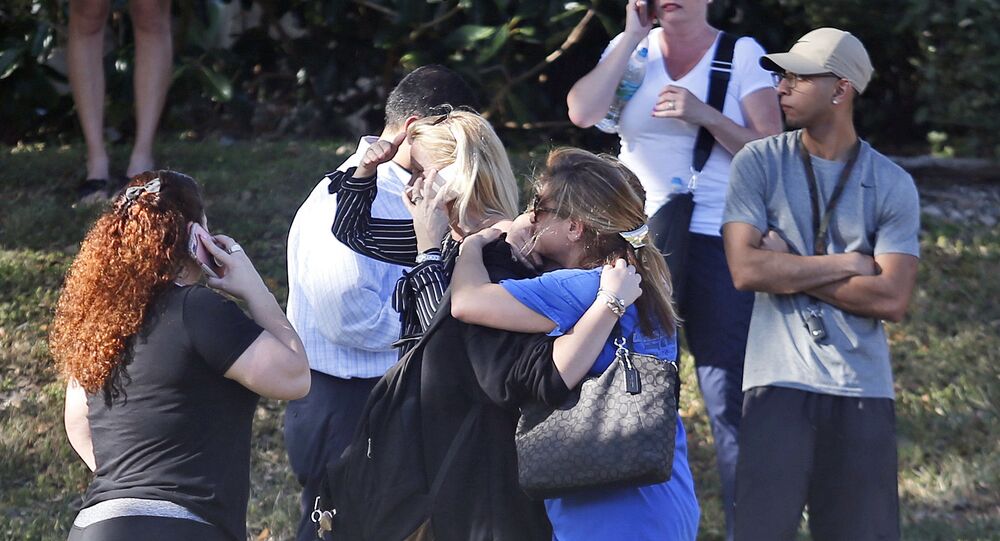 Numerous outlets reported the identity of the Parkland, Florida, shooter as Nicolas Cruz, a former student. The Miami Herald confirmed that the shooter was an ex-student who was previously prevented from walking onto school grounds with a backpack on.

"We were told last year that he wasn't allowed on campus with a backpack on him," said math teacher Jim Gard to the Herald, adding that he had taught Cruz in the previous school year.

The Broward County Sheriff's Office later confirmed that they had a suspect, Nikolas Cruz, in custody, and that he had at some point been expelled from Marjory Stoneman Douglas High School for disciplinary problems.

"There were problems with him last year threatening students, and I guess he was asked to leave campus."

The shooting at Marjory Stoneman Douglas High School in Parkland, Florida, has sent at least 14 victims to the hospital, of which at least one has confirmed to be fatal. Exact casualty figures are not yet available. The shooter is believed to be in police custody.

"He's a troubled kid," who frequently bragged about his firearm collection, a student who knew Cruz told local outlet WSVN. "He knows the layout of the school, he's been in the [shooting] drills multiple times, he knows where to go."

Photographs of an Instagram purported to be that of the shooter show a young man wearing a balaclava and sunglasses, holding a gun.

#BREAKING: According to the Miami Herald, the suspect in the Stoneman Douglas shooting in Parkland, FL is former student Nicholas Cruz.