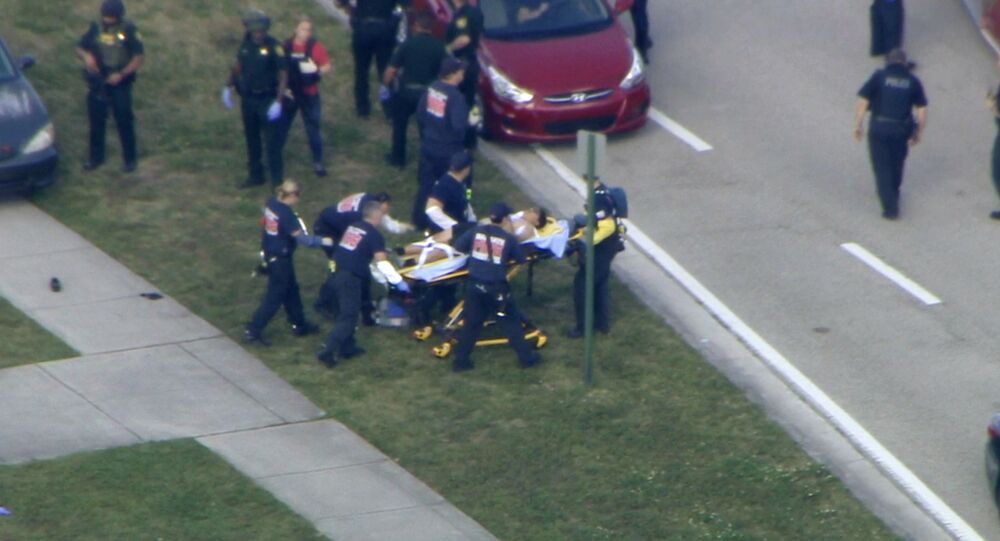 US President Donald Trump tweeted condolences in the aftermath of the mass shooting at Marjory Stoneman Douglas High School in Florida Wednesday afternoon.

According to local reports, as many as 50 people have been injured in the attack, and at least one person is dead. According to Broward County Sheriff Scott Israel, 14 people were transferred to area hospitals.

One suspect, described as a student who was in class today, has reportedly been detained.

Broward County has classified the shooting as a "Level 3" casualty incident, which means that at least 20 people were wounded.

Local police departments have told reporters a person of interest is in custody, but it is not clear whether there was more than one assailants. The school was on lockdown for at least an hour while police officers and SWAT teams flooded in.

In the first 45 days of 2018, the US has experienced 18 school shootings. The tragedies have occurred so frequently that activists say the incidents have numbed Americans to the regularity of gun violence.

Trump sent "prayers and condolences" to families affected by the "terrible" shooting in a tweet. Many people have voiced that thoughts and prayers have accomplished little in reducing the number and severity of school shootings.