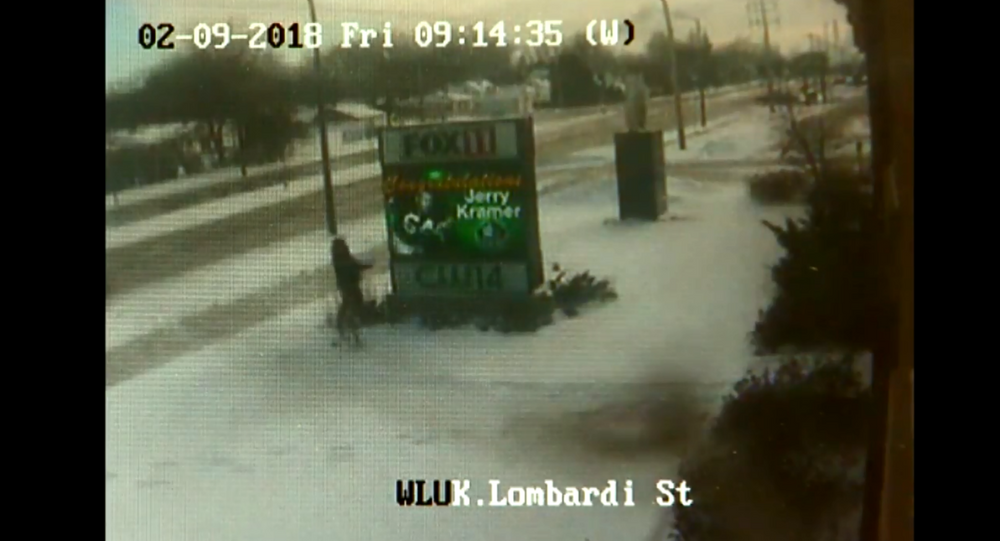 On Monday, a man suspected of stealing a church's crucifix and using it to smash a TV station's digital sign was hit with several charges after a tipster identified him to Wisconsin authorities.

According to reports, Brendan McSweeney, a native of Chicago, allegedly stole a crucifix from the Nativity of Our Lord Parish in Wausau, Wisconsin, around 8:45 a.m. local time Friday before walking over to the Fox 11 station and beating their outdoor digital sign into submission.

Security footage released by the station reportedly shows McSweeney assaulting the sign before being chased away by a Fox 11 employee.

"I had this horrible feeling that next he might be pulling a gun or something like that," a Nativity parishioner who did not want to be identified told Fox 11. "You see so many things on television and it was pretty terrifying."

Per Captain Jody Crocker of Ashwaubenon Public Safety, McSweeney had his face covered with a scarf when he entered the church and opted to play the piano. Parishioners revealed that before he was asked to leave the grounds he had claimed he was Jesus Christ and that he was "going to take care of this." It's unclear what he meant to take care of.

Despite the damage inflicted at the church and the TV station, McSweeney wasn't done creating mayhem. At about 6 p.m., McSweeney arrived at a restaurant and began to eat other customers' food. Though he left after getting into a scuffle with restaurant staff, he returned once more to throw objects at the establishment's windows.

Police were quickly called in to assess the situation, which ended with McSweeney being tasered and taken into custody. However, it was not until Monday that a person identified McSweeney as the man who had attacked both the church and the TV station.

McSweeney has been charged with two counts of disorderly conduct, resisting or obstructing an officer and criminal damage to property.