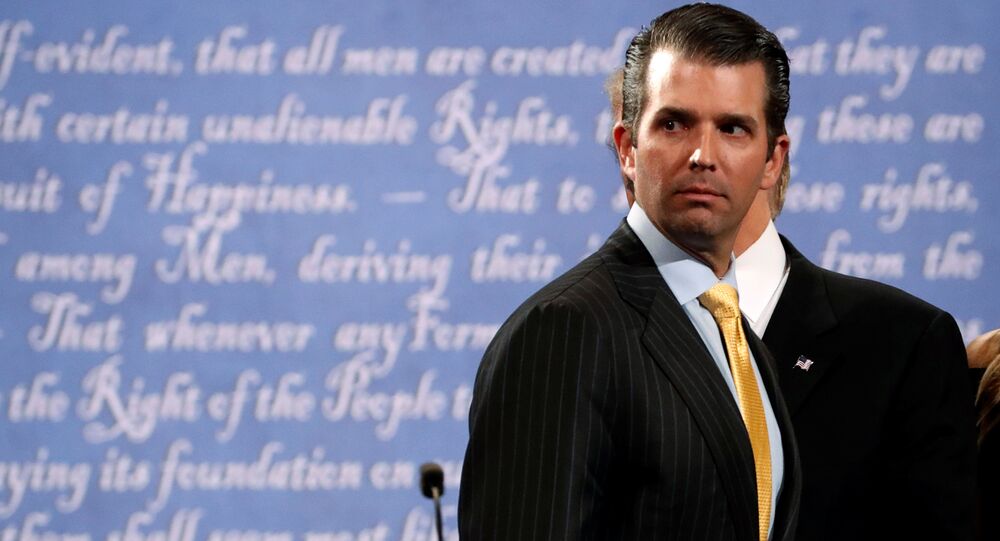 WASHINGTON (Sputnik) – Donald Trump Jr. said on Tuesday that the envelope with a white substance, opened by his wife Vanessa Trump, was sent by people with "opposing views."

"Thankful that Vanessa & my children are safe and unharmed after the incredibly scary situation that occurred this morning. Truly disgusting that certain individuals choose to express their opposing views with such disturbing behavior," Trump Jr. wrote on Twitter.

© AP Photo / Win McNamee
Wife of Trump's Son Hospitalized After Opening Envelope With 'White Powder' - Reports
On Monday, media reported that Vanessa Trump had been hospitalized after opening the letter, which had been addressed to her husband and sent to their apartment in Manhattan. The New York Police Department (NYPD) spokesperson told Sputnik subsequently that according to the preliminary examination of powder in the envelope, the substance was not suspicious.

The US Secret Service in a statement on Monday confirmed that it was investigating into a suspicious package in New York City which had been addressed to one of the individuals under its protection.

In 2001, several US officials received envelopes containing anthrax spores. As a result of the high-profile attacks, five people were killed and around 20 others infected.