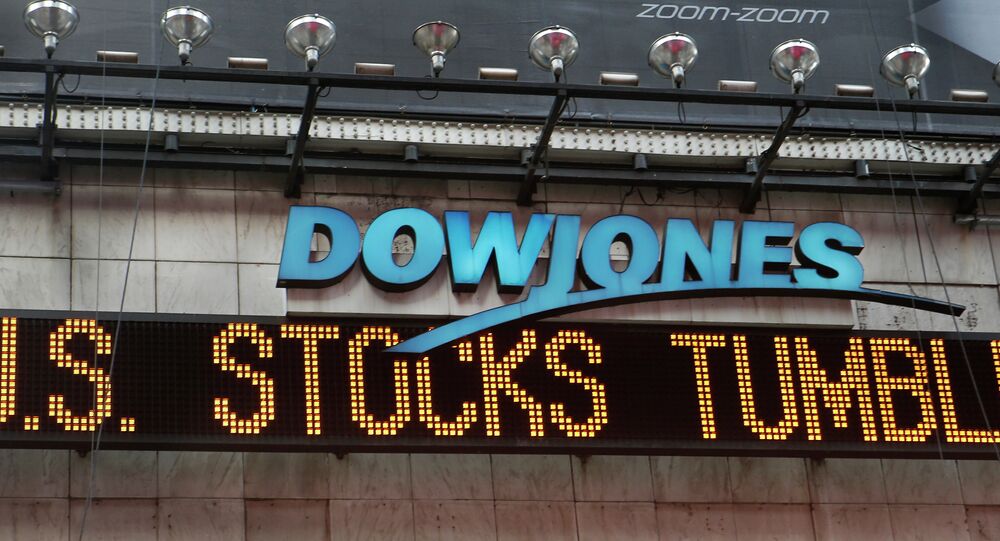 US equities markets have continued the downward trend that started last Friday, as the Dow Jones industrial average fell more than 1,000 points at the close of trading Thursday.

The Dow Jones industrial average, which measures the the performance of 30 major companies, dropped 1,033 points or 4.2 percent. The S&P 500 index, which compiles information from the stock performances of the largest 500 public companies, fell 2.9 percent, or about 78 points, to 2,603.

While there have not been any major identifiable causes for the recent crash in equities, some analysts have blamed mechanized trading for the rising volatility. High frequency trading algorithms have replaced many conventional stock brokers due to their ability to enter and exit positions within hundredths of a second. In other words, computers can make decisions faster than the fastest human traders.

Since computers "react to evidence exponentially faster than any human — think millionths of a second, instead of minutes — and can move en mass, trading at high volumes around the world. That makes them potentially… dangerous," the Washington Post reported Wednesday. The issue with this argument is that if you assign blame to the computers for the fall, you must blame the computers for the rise, too. By contrast, modest economic growth and quantitative easing monetary policies have roundly been cited as drivers for the Dow's rise — or, in some cases, the campaign to "make America great again."

DOW RISES 5000 POINTS ON THE YEAR FOR THE FIRST TIME EVER — MAKE AMERICA GREAT AGAIN!

​Speaking with Radio Sputnik's Loud & Clear this week, economist Steve Keen explained that by at least one measure of whether stocks are cheap or expensive, the Shiller price-to-earnings ration, US stocks are more expensive now than in any point in the last 100 years, save for one instance: the dot-com bubble's peak in 2000.

US Federal Reserve Chair Jerome Powell was sworn in on Monday, replacing Janet Yellen. Powell's week has been anything but good.

The popular trading motto to "buy the dip" only works in bull markets; US markets are starting to indicate a flat-out reversal from a bull to a bear market. In these conditions, buying would be like "catching a falling knife."