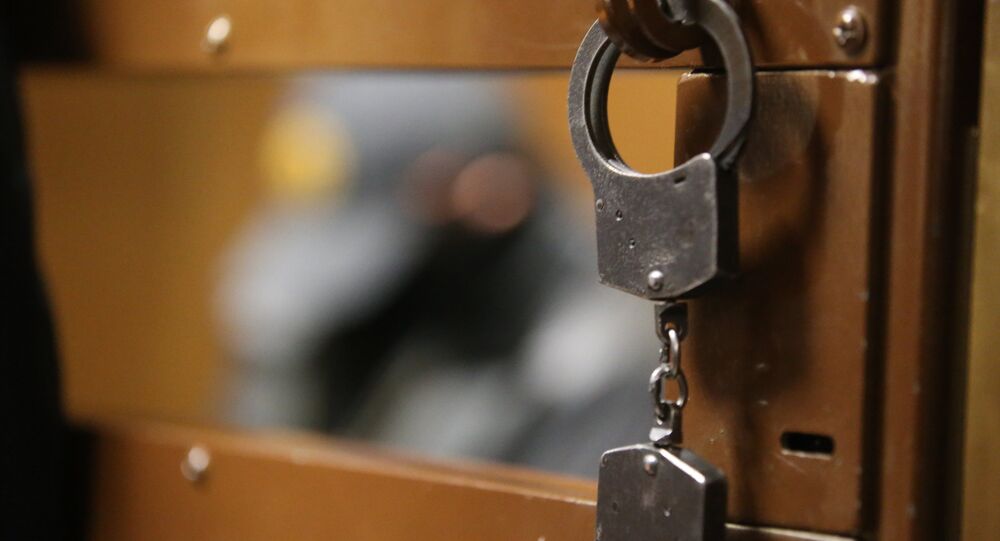 WASHINGTON (Sputnik) - The United States has improved the imprisonment conditions of Russian citizen Pyotr Levashov after numerous requests by the Russian diplomatic mission, the Russian Consulate General in New York said in a statement on Thursday.

"Russian citizen Levashov’s incarceration conditions have been improved after many appeals of the Russian Consulate General in New York to the US law enforcement agencies, and he was transferred from the solitary confinement to the general population," the Consulate said in a post on its Twitter account.

READ MORE: Moscow Demands That US Stops 'Hunting' Russians All Over the World

Representatives of the Russian diplomatic mission in the United States will soon visit Levashov, who is detained in a prison in Bridgeport, Connecticut.

"We are going to visit Levashov in the near future. We stay in constant contact with the prison authorities," the Consulate General said.

Earlier it was reported that the Russian embassy in Washington had appealed to the US State Department and the US Justice Department demanding that Levashov should be kept in proper conditions and have all the necessary medicines as his health condition is deteriorating.

© AFP 2021 / YASSER AL-ZAYYAT
Court in Kuwait Refused to Release Detained Russian Citizen - Lawyers
The embassy noted that the Russian citizen "was placed in a small-sized single cell, in which there was practically no lighting." In addition, in the cell Levashov "is exposed to a constant noise emanating from the neighboring premises." He also has no pillow and proper mattress, which prevent him from sleeping. According to the embassy, as a result of inhuman treatment, the health of the Russian citizen has worsened and despite the fact that Levashov was examined by the prison doctor, the prescribed medicines have not been given to him.

On February 2, Levashov was extradited to the US from Spain where the programmer was detained on April 7, 2017, at the request of Washington as he was accused of creating malicious software and mass mailing of spam. On the same day, Levashov appeared for the first time in court in Connecticut, where he declared his innocence.

The defense of the Russian national hopes that at the next court session it would be possible to achieve better conditions of detention and, possibly, a change of prison. In the following months, the prosecutor's office must produce evidence that will be used against the Russian programmer. The jury trial in the case of Levashov may take place at the end of 2018.

Russian Citizen Seleznev Sentenced to 14 Years in US Prison