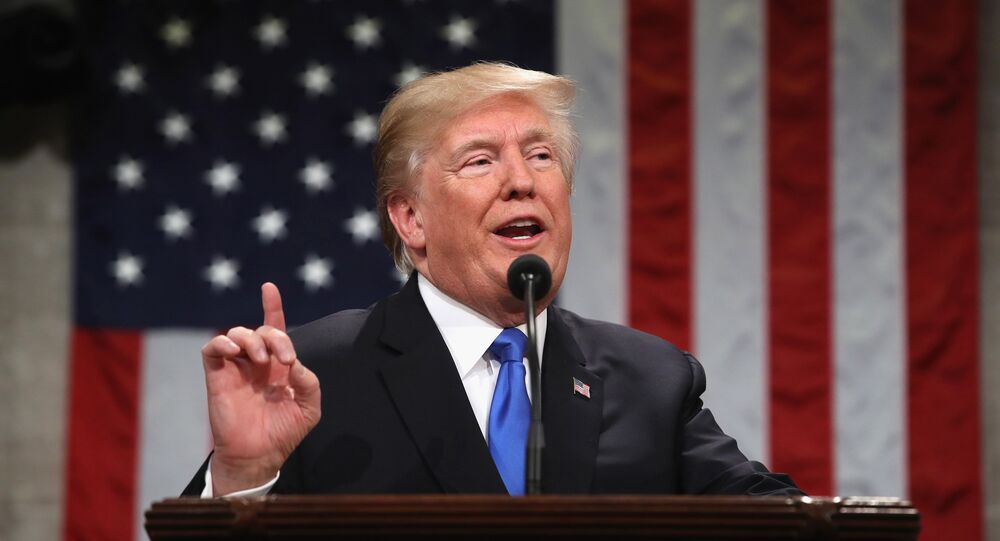 WASHINGTON (Sputnik) - US President Donald Trump called for a federal government shutdown on Tuesday in case Democratic lawmakers do not agree to new immigration reforms proposed by his administration.

"If we have to shut it down because the Democrats do not want safety, and unrelated but still related, they do not want to take care of our military, then shut it down," Trump said. "If we do not change it [immigration laws], we will do a shutdown and it is worth it for our country, I’d love to see a shutdown if we do not get this stuff taken care of."

White House Spokesperson Sarah Huckabee Sanders said in a press briefing later that the administration was not advocating for shutting down the government.

© AP Photo / Gregory Bull
US Immigration Agency Gains Access to License Plate Data System to Conduct Probes - Reports
"We are not advocating for the shutdown, that’s the fault of the Democrats not being willing to do their jobs," Sanders told reporters. "The president wants to see a long-term deal and he wants to get a deal on immigration and we hope that democrats will come to the table and get those things done."

On Monday, Trump reiterated his support for the creation of a wall on the border with Mexico, which has been his signature pledge on his presidential campaign, saying that any deal on DACA that does not include border wall was a waste of time.

The Trump administration own legislative framework for an immigration deal earlier, which included $25 billion in funding for a border wall, an end to extended-family migration and the diversity visa lottery program.