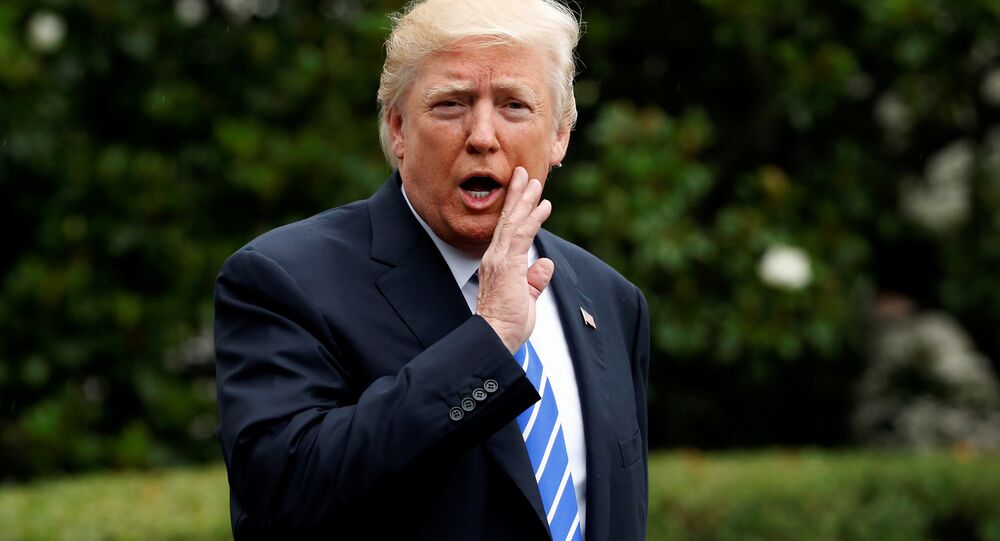 WASHINGTON (Sputnik) - The newly published Nuclear Posture Review is based on a realistic evaluation of the world’s security situation and the need to deter the use of nuclear weapons, US President Donald Trump said in a statement.

"After a year of thorough analysis and careful deliberations across our government, today, my Administration is announcing the conclusions of this review," Trump said Friday. "These conclusions are grounded in a realistic assessment of the global security environment, the need to deter the use of the most destructive weapons on earth, and our nation’s long-standing commitment to nuclear non-proliferation."

© AP Photo / Rick Bowmer
US to Equip Future F-35 Fighters with Nuke Capabilities - Nuclear Posture Review
Trump said that while the United States made efforts to reduce the roles and numbers of nuclear weapons over the past decade, other nuclear nations were increasing their stockpiles, and "in some cases —pursued the development of new nuclear capabilities to threaten other nations."

The US president noted that the 2018 Nuclear Posture Review addresses those challenges.

"The strategy develops capabilities aimed at making use of nuclear weapons less likely. It enhances deterrence of strategic attacks against our Nation, and our allies and partners, that may not come in the form of nuclear weapons," Trump said.

© Photo : National Museum of the USAF
Eagle's Claws Blunted: What's Driving the US Effort to Modernize Its Nuclear Arsenal
"And, importantly, it reaffirms our commitment to arms control and nuclear non-proliferation, maintains the moratorium on nuclear testing, and commits to improving efforts to prevent, detect, and respond to nuclear terrorism," he concluded.

Pentagon officials released the Nuclear Posture Review earlier on Friday, a document which sets forth the Trump administration's nuclear strategy and rationale for modernizing US sea, air and land-based strategic nuclear forces, also known as the Nuclear TRIAD.