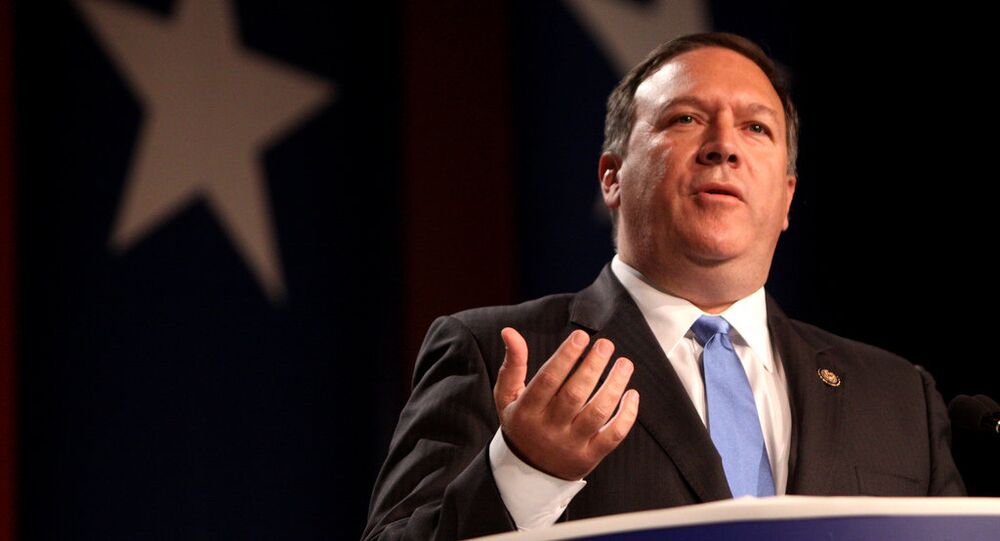 Despite the fact that the ongoing US investigation into the alleged Russian meddling in the 2016 presidential campaign has failed to produce any tangible results, a top American intelligence official now says that Moscow “will continue” to try and influence elections in the United States.

Mike Pompeo, Director of the US Central Intelligence Agency, has claimed that there has not been a “significant decrease” in Russian activity in the US, and that Moscow may now attempt to interfere with the upcoming congressional midterm elections in November.

"I have every expectation that they [the Russians] will continue to try and do that but I’m confident that America will be able to have a free and fair election [and] that we will push back in a way that is sufficiently robust that the impact they have on our election won’t be great," Pompeo told the BBC.

© AP Photo / Pablo Martinez Monsivais
US House Intel Committee Will Release Memo on FBI's Trump Campaign Surveillance
Earlier in January Pompeo made a similar claim on Face the Nation Sunday, expressing his concerns about the "many foes who want to undermine Western democracy" and insisting that Russia has been allegedly interfering in the American elections "for decades."

At the same time, retired CIA officer turned political activist Ray McGovern has unveiled proof of attempts by members of the US intelligence community to influence the outcome of the 2016 presidential election.

In 2017 the US Congress launched four separate probes into the alleged Russian meddling during the election, including the investigations run by the Senate Intelligence and Judiciary committees and the House’s Intelligence and Oversight panels.

Moscow has repeatedly denied the allegations of collusion, while US President Donald Trump described the probe as the "single greatest witch hunt" in US history.

Former Trump campaign manager Paul Manafort and his deputy Rick Gates were indicted in October for charges unrelated to Trump's campaign and the election, while former White House National Security Adviser Michael Flynn was charged by Special Counsel Robert Mueller for lying to the FBI about a meeting he had with a Russian ambassador.

Former policy adviser to the Trump campaign George Papadopoulos was also charged with providing false statements to the FBI regarding his interactions with foreign nationals.

The US intelligence community has also released an assessment alleging they had "high confidence" Russia meddled in last year's US presidential election. The community’s report claimed that Moscow conspired to get Trump elected as president and to undermine faith in the US democratic process.

Russia to Respond to Orchestrated Media Attacks on 2018 Presidential Election

Journalist: ‘No Evidence’ Russia Interfered in 2016 Election Via Social Media